Following the success of Emily Jenkins’ play Rainbow that won the prestigious Fringe First Award, and her second play COOKIES that was performed at Theatre Royal Haymarket in London’s West End, Jenkins returns to central London for the world premiere of her new dark comedy. Bobby & Amy will run as part of the critically acclaimed VAULT Festival , from 6 till 10 March .

Set in the late nineties, Take That, Tamagotchis, Dib Dabs, and PogSwaps. When 13 year old Bobby and Amy meet, hundreds of cows dot across the fields and the sun always shines. But when the cows begin to burn, Bobby and Amy’s sleepy Cotswold town faces a catastrophe that will change their home forever.

Funny, fast-paced and moving, Bobby & Amy explores friendship, heartache, and what happens when our way of life is threatened by those who don’t understand it. Set amongst the devastation that hit farming communities in the late nineties, the play will enjoy a limited run at the VAULT Festival, before heading to Edinburgh Fringe Festival followed by a national tour, touring the areas in the UK that were hit by the outbreak of the Foot and Mouth epidemic.

“Having grown up in a rural community I remember the devastating and disturbing effect Foot & Mouth disease had: the bonfires of burning cows, the smell of disinfectant, and suddenly being confined to concrete and tarmac instead of roaming free in the fields”, Jenkins speaks about the inspiration to the play, “As I grow older, the more serious disruption and economic consequences have begun to dawn on me. My home town is now very different to the one I remember”.

With Brexit looming, together with the ongoing impacts of one of the hottest summers Britain has experienced since the mid seventies, the farming community in Greater London and the rest of the UK is facing another period of potentially collapse again. And last year, to add insult to injury, the threat of a Foot and Mouth outbreak reared its ugly head again.

Jenkin adds: “It struck me that nothing in the theatre I’d seen was talking about the continuing erosion of a way of life centuries in the making – and I thought it was about time someone did”.

About premiering the show at VAULT Festival, producer Emma Blackman says: “VAULT Festival has always had its finger on the pulse of the most exciting and innovative theatre that’s out there. We are delighted to be premiering Bobby & Amy at this year’s festival, and to be part of such an impressive lineup. “ 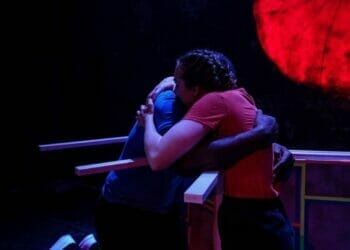 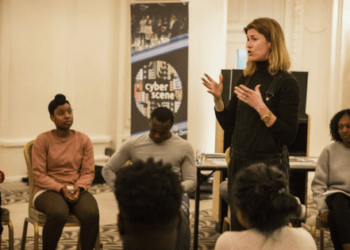