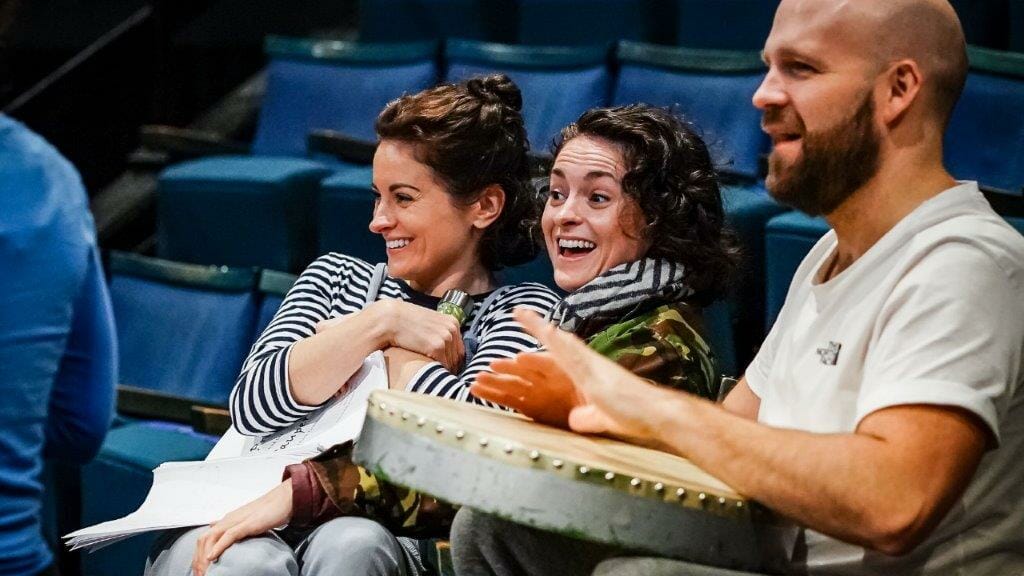 Rehearsal images have been released for the forthcoming New Vic Theatre Christmas production of Theresa Heskins’ new adaptation of Mark Twain’s enchanting tale The Prince and The Pauper.

Prepare for a tale full of heart, filled with imaginative storytelling, music, humour, swashbuckling derring-do and festive magic as the award-winning New Vic Theatre stage a brand-new adaptation of Twain’s tale about a chance meeting between two boys that will change their lives.

Bringing together the same creative team who brought to life the theatre’s adaptations of The Borrowers, Treasure Island and the UK Theatre award-winning The Snow Queen, this year the New Vic Theatre will bring to life another classic adventure story in their stunning trademark style.

Directed by the New Vic Theatre’s Artistic Director Theresa Heskins, The Prince and the Pauper will run in Newcastle-under-Lyme from Saturday 16 November 2019 to Saturday 25 January 2020.

For further information and tickets for The Prince and The Pauper call the New Vic Theatre Box Office on 01782 717962 or visit newvictheatre.org.uk.

The Prince and The Pauper New Vic Theatre c. Andrew Billington
1 of 6