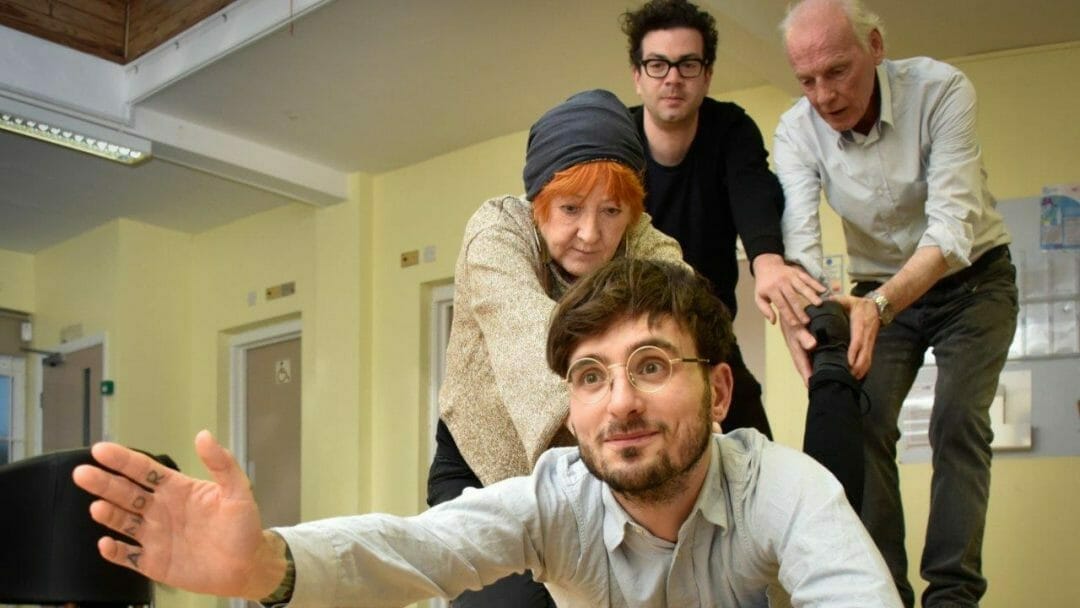 Check-In/Check-Out opens with the cast sitting in a group-therapy-style circle. It’s simple staging, but fitting, given that this is a play from Outside Edge Theatre, a company devoted to telling the stories of those living with addiction, performed by those in recovery.

Co-facilitated by Matt Steinberg and Christopher Holt, who also stars, the six cast members begin by introducing themselves and disclosing whether their problem is alcohol or drugs. What follows is a series of vignettes that tells each of their stories, from the early beginnings of their addiction, to their darkest days, and finally (in some cases) their slow recovery.

In the process, as each person recalls what they’ve been through, the rest of the cast become members of their family, their friends, and even fragments of their imagination to help tell that story. This is done well, and the nature of the production means that the line between performance and confession is hazy, making it more affecting, I believe, than it would have been otherwise.

While Check-In/Check-Out lacks a real structure, I think this works with the messiness of addiction, alcoholism and substance abuse. As the play makes clear, it’s certainly not a straightforward road, and there are wrong turns, relapses and repeat episodes (mostly of checking in and out of rehab) along the way. But although this is a gritty topic, there are also moments of comedy and light relief, with the company keen to make sure they don’t moralise or judge.

Some scenes are better than others, but there are enough strong images in Check-In/Check-Out that make it worth seeing. One such image, and the one that has stayed with me since, is when one cast member undresses down to his boxers, and with a marker pen, the physical damage of addiction is highlighted all over his body. It starts with the drawing of an enlarged liver, and extends to cuts and bruises and razor-sharp cheekbones and keeps going until nearly all of his body is covered with red marker pen. This is really quite confronting.

There are teething issues – namely a few line slip ups, some minor set mishaps, and a couple of interpretive dance scenes where the choreography could have done with a bit of tightening. But I can only commend the company for creating this space in an industry which so often turns its back on numerous groups in society – or on the Outside Edge, so to speak. Check-In/Check-Out might not be flawless, but it is thought-provoking, just as theatre should be.

Anna is a journalist with an everlasting love for the theatre. She’s particularly interested in new writing and female-led productions. Other publications she writes for include Time Out London, Red, Refinery29, ELLE, Harper’s Bazaar and Digital Spy. 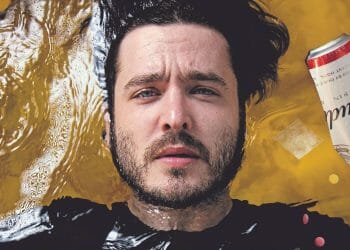 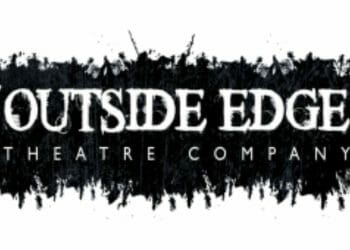