The Tower Theatre’s Hamlet is the product of students from Acting Gymnasium under the direction of Gavin McAlinden. The students vary in age, experience, and professional approach. However, almost all of the actors, from 17 separate nationalities, get a chance to bring the well-curated text of Shakespeare’s Hamlet alive.

McAlinden does well to fill the cosy black box studio of the Tower Theatre with 20 actors from the get-go, especially on a thrust where blocking can be particularly challenging. The design by Camille Etchart, is simple and effective with a raised platform for the royal status and limited distractions from the oration of the players. With original music from James Jones, the atmosphere is appropriately cast as the reduced capacity audience focus on a 155-minute tragedy.

J. Carlos Lacey’s Hamlet is moody and unchangeable, more so in his vocal performance. While he finds a good pace, his connection to the text is stilted and his vocal energy with many a downward inflexion. This makes it difficult to hear what he is saying – which is rare for a black box studio. On the other hand, Michael Claff’s Claudius is one of the most connected I’ve seen. His complete, well-rounded vocal qualities give him the status to command as his brothers’ usurper. Similarly, his ownership of the verse is comfortable and connected helping him create a genuine relationship with Emma Wilkinson Wright’s Gertrude.

Paige Leaf-Wright’s lighting design is simple yet effective, accompanying the dark moods on stage, however, there is a tendency from some of the cast to wander off, out of the light, and almost out of sight, whilst still delivering the well-chosen dialogue… This lack of respect for the text, alongside some poor ‘back acting’ results in these characters losing all presence and the story they tell along with it.

There are some unprofessional practises as props are dropped off stage creating unnecessary noise, however these are entirely outshone by performances such as Anna Walden’s Ophelia. Walden being the only actor to engage fully with the audience in this intimate space, as she sections the house and invites each audience member to share her pain and suffering. Her vocal qualities match the physical action resulting in an emotionally powerful performance and making a strong impact on the audience. Furthermore, Walden is one of the few performers actively listening, allowing her to respond in the moment.

The cast as a whole give a brilliant effort and keep the audience with them for the majority of the full length play. The direction makes sense and keeps it focused on the language which is credit to McAlinden; some may say there is a lack of physical “blocking” or imagination to creatively tell the story and keep the audience engaged but the text is most important.

With this Hamlet, the potential is definitely there for a good performance with some developments in vocal energy and awareness of moving through the thrust to ensure the audience are warmly invited from every angle. 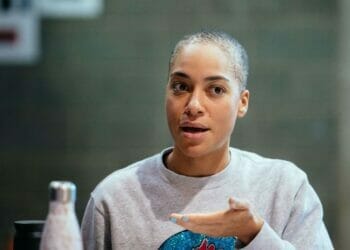 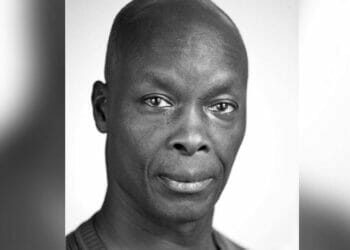 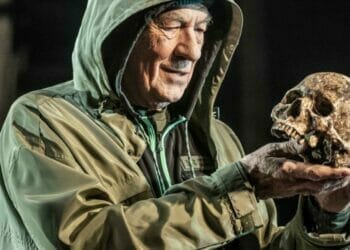 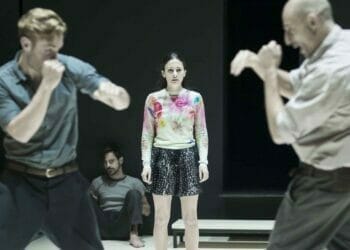 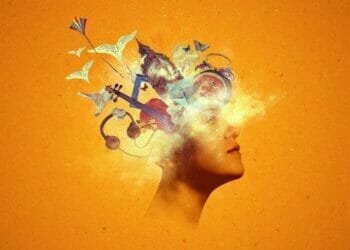 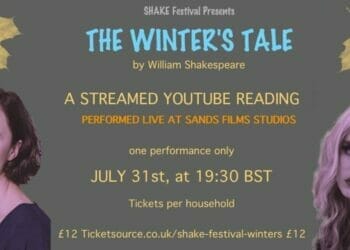