Review: Reboot Shorts 2 at The Bunker

Reboot Theatre Company return with their showcase of short plays; chosen from hundreds of submissions, these six plays are brought together for Reboot: Shorts 2.  With The Bunker playing host, it’s a great opportunity for new writing to be showcased, and the pieces have clearly been curated with a theme in mind, for whether it’s a comedy or something more intense, there’s a feeling that the fragility of human relationships sits at the core.

First up is Cradle by Sascha Moore, a deceptively complex piece about a couple trying to put their lives back together after a tragic and disturbing event.  The shock nature of this particular short play is revealed slowly, which is quite a feat considering it’s only fifteen minutes long in total.  The emotionally charged performances from Faidon Loumakis and Athena Bounti grasp the audience’s attention from the outset, and the structure is reminiscent of Moore’s Edinburgh Fringe hit Trashed which used the same techniques to draw the audience in to the unexpected twists.

The emotionally charged first play, is followed beautifully by the light-hearted and comical Answer from Tom Glover.  Very cleverly written, it see’s a couple, presumably in the late seventies, taking possession of their first ‘Answerfone’ and the confusion that comes with trying to work the thing.  Sitting behind the comedy, expertly delivered by Rachel Brown and Tom Blake, is a very subtle commentary on relationships, and how we present ourselves to others.

That commentary is also evident in the final play of the first act, in which Athena Bounti returns to the stage, this time paired with Michael Waller in Lily Shahmoon’s Kiss Kiss. This innovative piece examines an affair between two co-workers played out over text messages, with each piece of dialogue proceeded by the familiar text tone.  While there are none of those annoying text acronyms, Kiss Kiss does demonstrate how the language of a relationship can be condensed and used sparingly.

Laura Harper’s Vermin opens the second act, where we find Faidon Loumakis and Rachel Brown dealing with class society and betrayal in some kind of dystopian future or parallel present.  With talk of the resistance, rationing and running out of credits before the next cycle, there’s clearly a whole world of opportunity here waiting to be explored.

Harry ter Haar’s Cheating is the only one of the evening’s plays to feature more than two characters, with Faidon Loumakis and Rachel Brown playing one couple, and Tom Blake and Athena Bounti playing a second.  Here language is used to great effect to explore the different perceptions we all have, and how the use of that very language can skew the way we think, Cheating is as funny as it is thought provoking.

Michael Waller returns for a captivating solo performance in Tim Fraser’s Candy, perhaps the most fully formed piece of the night.  The monologue is delivered almost in the style of a stand-up comedian, but the content feels deeply personal and moving, yes there are comedic moments but they are layered with ingenious storytelling, igniting a passion within the audience to find out how this particular story will end.

All six of the Reboot: Shorts are directed by Nico Pimparé, though you would be hard pushed to tell, because Pimparé has succeeded in making each of the shorts feel fresh and different.  Yes, there’s a consistency in the professionalism of the staging, but no two pieces feel the same – even the furniture and props are changed between plays, giving each of them the distinct quality they deserve.

Reboot: Shorts 2 is a fantastically enjoyable night of new and inventive theatre from a group of superbly talented writers, beautifully directed by Nico Pimparé and given life by five committed actors, who make each of their characters feel as distinct as the plays themselves. 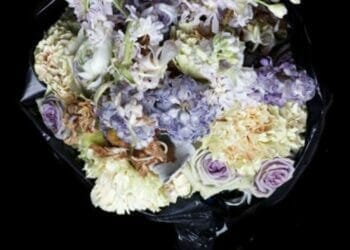 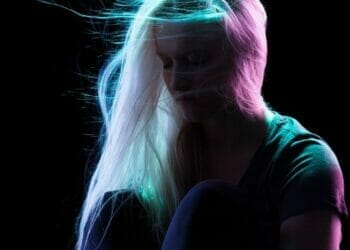 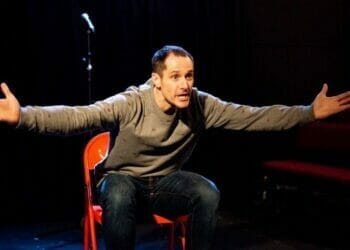 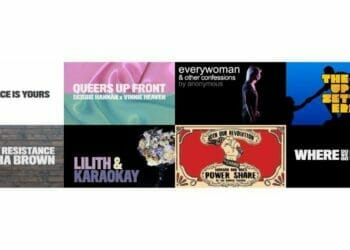 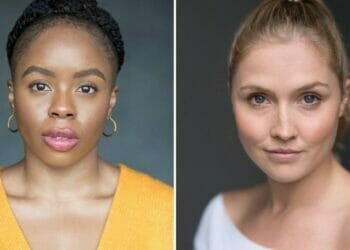