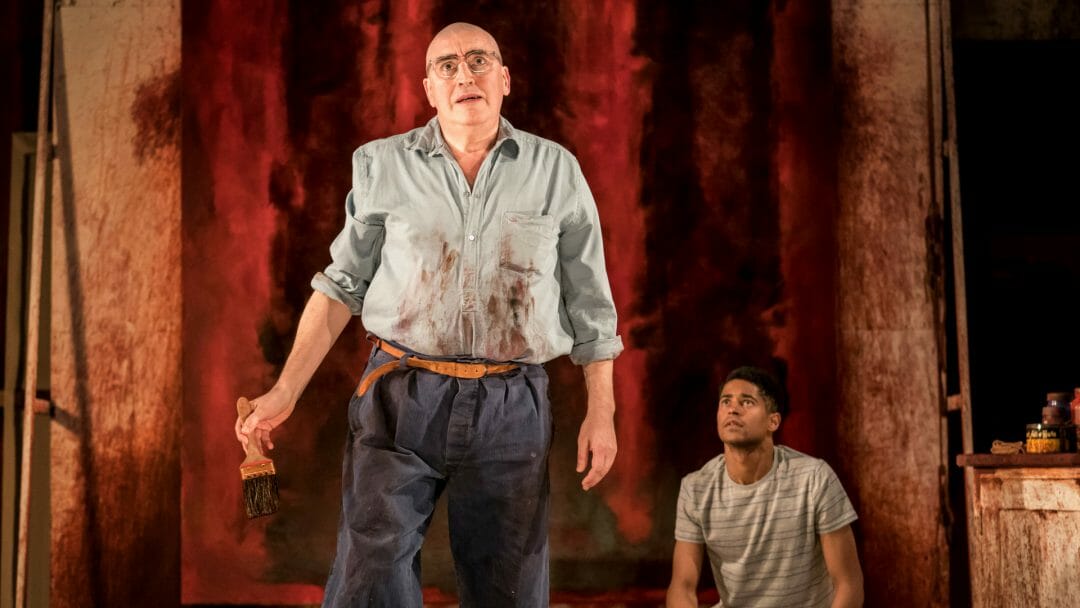 Michael Grandage opens the first of two big hitters this year with John Logan’s Red at The Wyndham’s Theatre. Its last London outing transferred to Broadway and won a generous handful of awards, and with a central character wrapped up in self-importance, unwilling to accept change, it feels entirely relevant in today’s landscape.

Set in the Upper East Side Studio of painter Mark Rothko, new assistant, Ken, must adapt to the whims of his new employer. Post 1949, Rothko is obsessed with Matisse’s ‘Red Studio’, and the colour now features prominently in his own work.

Over the course of two years Rothko works on a commission for the Four Seasons Restaurant, allowing plenty of time for painter and assistant to debate art, politics and life.  Red puts this form of conversational debate above any real action, with large portions of the dialogue delivered in list format; Ken lists the pop-art painters he admires so greatly, Rothko lists colours, grievances, and more.

Alfred Molina returns to the role of Mark Rothko, giving a powerful performance, his physical actions are bullish and overbearing, instilling the fear that can only come from a temperamental artist. Molina’s nuanced performance allows us to see just how subtly Rothko is controlling Ken, in the same way he controls how people view his work, right down to the lighting.

Taking on the role of Ken, Alfred Enoch is outstanding. The role requires an emotional journey, which the actor navigates with ease, in the scene where he describes the death of his parents the audience were transfixed.  And, when Ken stands up to his employer for the first time Enoch brings palpable excitement to the room, the audience sitting up a little straighter, and taking notice.

Much like Rothko’s art, Christopher Oram’s set is dark and moody, but at the same time vivid and eye-catching.  Large canvas’s in deep crimsons and black sit against the paint splattered walls, while the pulley system, a feature in Rothko’s real studio, allows for some artistic movement, and a pause in the dialogue.

Neil Austin’s lighting perfectly complements the staging, giving the prominent ‘Red’ colours and incredible intensity. In one short scene the importance of the lighting is effectively demonstrated when the stage lights are replaced with harsh neon strips.

This slightly abstract play expresses a snapshot in the life of a troubled artist, the Ken character interrogates and challenges the more long-held and ingrained views of the protagonist with scalpel like precision. Red shows us that life, and the world we inhabit, isn’t frozen in time like a painting; it’s constantly changing and adapting, the only thing left to decide is if you’ll be a Mark or a Ken.

Michael Grandage also directs The Lieutenant of Inishmore at The Noel Coward Theatre from 23rd June. 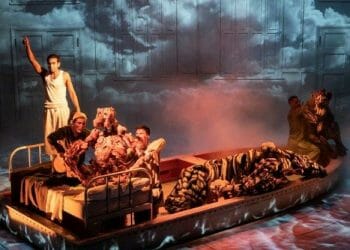 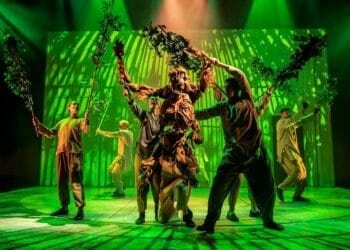 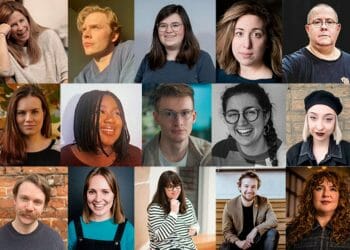 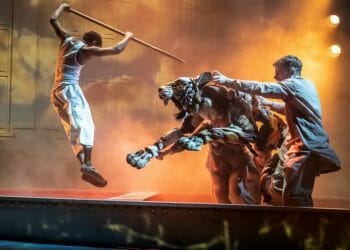 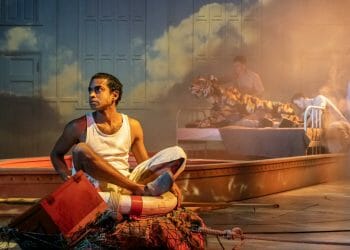 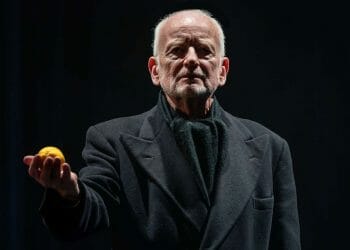