Anyone who has ever received one of those unsolicited phone calls, the one’s whereby an operator tells us we’ve had an accident that wasn’t our fault and so on, will know how frustratingly annoying they can be.  For many though, a call like this will be utterly terrifying, and Joan Greening’s Scammed, playing as part of Online@TheSpaceUK focuses on one such individual.

The opening credits filled with ominous music and classy shots of a city skyline initially seem quite promising, but getting in to the main thrust of the duologue and the quality of the video and sound seems to be lacking, which proves to be an unwelcome distraction from the narrative.

The blurb asks us who is Anne Wood? And the answer is a frightened woman holed up in a third-floor office.  It becomes apparent through her increasingly frantic overreactions that this is a woman who has been repeatedly scammed (in multiple ways) and simply has nothing left to give.

The arrival of a strange visitor, Mictlān, sets Anne Wood on edge, though for the audience its not clear why he’s there.  Those familiar with Aztec mythology might get a clue about where this play is going from the visitor’s name, but for the rest of us it’s a slow twenty minutes to reach the final, disappointing answer.

Half way through those twenty minutes and we’re really none the wiser as to what’s happening.  Mictlān asks questions, Anne Wood says she won’t answer, though invariably does, before another question is asked and so it continues.  For the audience it becomes a frustrating cycle adding very little to the enjoyment of the play.

Review: The Same Rain That Falls on Me at Online@theSpaceUK

There are some interesting concepts; the way Mictlān asks Anne Wood questions and garners information without her realising correlates directly with the way scammers, work but the comparison isn’t obvious enough and never really gives the audience a lightbulb moment to savour.

Julia Munrow and Stu Jackson give nice performances, but their characters are held back by the style of the writing and the shortness of the piece.  Given some more to work with Munrow’s Anne Wood could have been more psychologically interesting, and Jackson’s Mictlān may have been more of the horror figure I suspect it was intended to be.

Scammed doesn’t really deliver on what it promises.  The very real danger that lurks in the age of the internet could really have been exposed with a tighter and more focused script.  The audience may not have been conned by Scammed, but they may feel just a little short-changed. 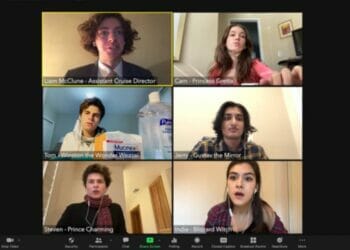 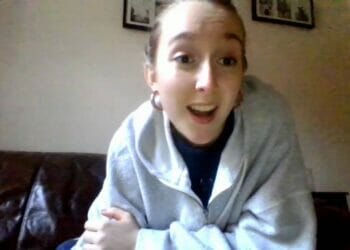 Review: The Same Rain That Falls on Me at Online@theSpaceUK 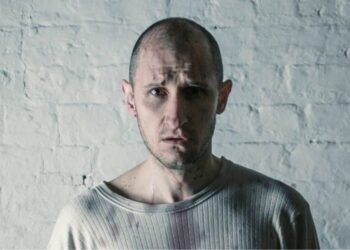 Edinburgh Preview: The Words Are There at theSpace at Surgeons Hall