Skank follows Kate, a paranoid and insecure woman through themes including work, sex, family, as well as both physical and mental health. Armed with an empty can of beans, an overwhelming dose of hypochondria and a longer-than-usual tinnitus diagnosis, Kate’s story is raunchy and fun, as well as bold and unapologetic, but unfortunately feels undercooked and all too familiar for the vast majority.

Clementine Bogg-Hargroves clearly wears her influences on her sleeve with this piece, and when these conventions that she is inspired by are adapted to her own voice and/or combined with her own and dramaturg/co-director Zoey Barnes’ original ideas, the monologue feels fresh and playfully innovative.

Examples of this are evident in moments of physical comedy involving puppetry with a shoe, a roll of paper towel, and a makeshift hospital bed. Coupled with Bogg-Hargroves easily-likeable personality and effortless storytelling, Skank really comes into its own during these moments.

Unfortunately, at several points over the hour duration, the creative teams influences are embraced so closely, that they start to blur from an homage to almost a carbon copy of them, leaving many of the gags and punchlines feeling overused and unnecessary.

The script is packed with quips and anecdotal humour not unlike a stand-up comedy gig, with a healthy addition of existential angst as it explores a variety of different relationships and subplots.

However, a lot of these are explored very subtly, and are left feeling unfinished, with the surface barely scratched. Specifically Kate’s relationship with ‘Sexy Gary’, her professional relationship with herself as a writer, etc. The most effectively captured relationship is that with her brother, Sammy, the dialogue between the two of them being so natural and sincere.

Probably the most effective scene is one set in a hospital room where Kate is discussing her relationship with her brother with a nurse. The dynamic and vulnerability is one that would definitely help the piece more if it were utilised earlier and more often, as it happens almost too suddenly. However, with this being said, the dialogue in this particular moment is tender and empathetic, and strips the piece of its comical bells and whistles for an honest human moment.

While it can often feel a little messier than it intends to be in its ambition, Skank is brimming with potential, that can be seen in its script, its fun design and a strong performance from Bogg-Hargroves. If you’re a fan of accessible yet raunchy and tongue-in-cheek humour, with light explorations of heavier themes, this is bound to be the late-afternoon Fringe show for you.

Skank is at Pleasance Courtyard at 4:30pm until 29th August. 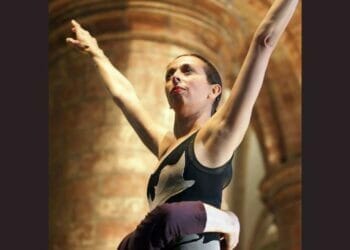 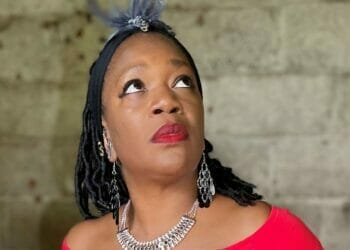 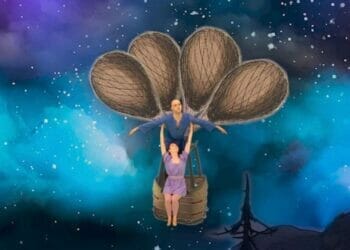