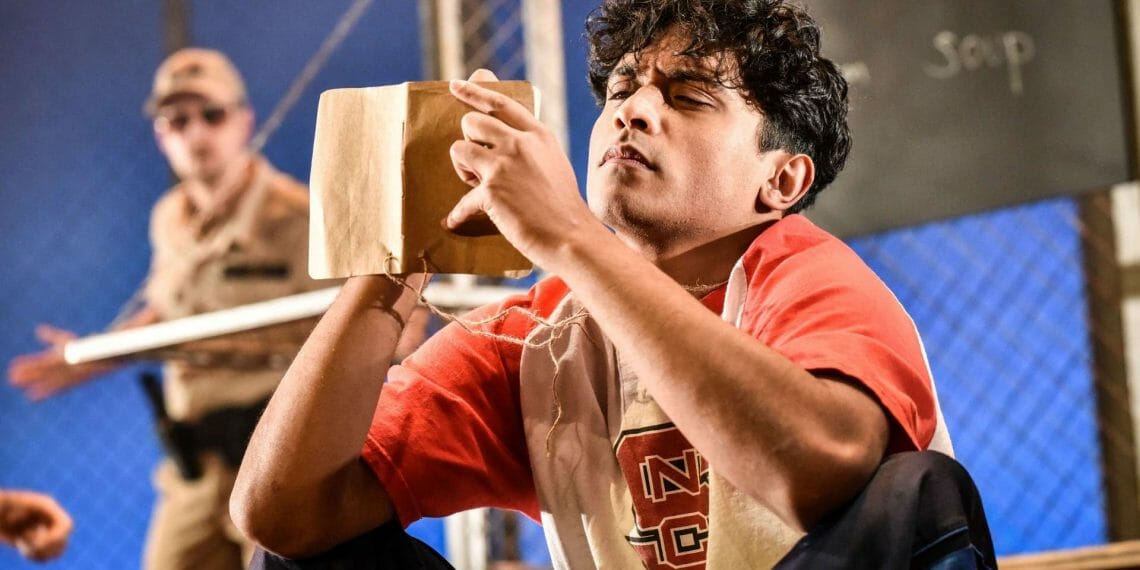 "This is a very capable cast, led by Yaamin Chowdhury who succeeds in the tricky task of having to play a child"

When Pilot Theatre launched their world premiere tour of The Bone Sparrow earlier this year, the plight of refugees was again in the spotlight due to new legislation passing through parliament. The production has now reached the London leg of its tour, with a run at Theatre Peckham, and the world is facing another humanitarian crisis as millions of refugees continue to flee Ukraine.

Zana Fraillion’s novel, released in 2016, and now adapted for the stage by S Shakthidharan, looks specifically at refugees who are children. The story is led by Subhi, the first child to be born in this particular Australian refugee camp.  Subhi, his family, and those around him, are Rohingya Muslims and like so many refugees are effectively held prisoner, with no idea when they’ll be released.

Subhi, has never seen, known, or experienced the outside world, and so for him it is hearing stories of it that allow him to metaphorically escape the detention centre in which he has grown up.  He befriends a local girl, Jimmie, and although separated by a chain link fence they bond over sweet treats and hot chocolate.

Jimmie also brings with her a notebook of stories that were written by her late mother.  Each night Subhi reads to Jimmie another chapter of a story so similar to his own peoples.  These stories are brought to life through a form of puppetry combined with physical theatre, it’s very enjoyable to watch and gives the audience an escape from the detention centre scenes too.

S Shakthidharan’s adaptation is not without its issues.  In remaining faithful to the book, it becomes clear that what works on a page, doesn’t necessarily work on a stage.  The first act is slow, perhaps deliberately, in order to highlight the monotony experienced by the characters, but there just isn’t enough there to really see a narrative building.

It also fails to sufficiently establish context, and those coming in unfamiliar with the book may need some time to understand where we are and what’s happening.  The second act does pick up the pace, and as several storylines converge there’s more than enough drama to finally grip the audience and give us something to root for.

This is a very capable cast, led by Yaamin Chowdhury who succeeds in the tricky task of having to play a child, Chowdhury’s performance is brimming with a naïve innocence that immediately garners empathy from the audience. Mary Roubos gives a hugely enjoyable performance as Jimmie, and the chemistry between the two is spot on.

Esther Richardson directs, and has staged the production well.  Despite being mainly chainlink fences and barbed wire, the set moves and adapts to create various locations within the detention centre.  Some digital projections also help to lift us out of the prison like setting and give us a glimpse into Subhi’s imagination.

The Bone Sparrow is aimed at school children, and the relatively long running time might not necessarily suit that demographic.  A more condensed and snappier first act may help, however, on the London press night the audience was half filled by a group of year sevens, and they sat for the full two hours and forty five minutes in appreciative silence.

The Bone Sparrow is based on a harrowing premise, but demonstrates the joy of a child’s imagination to escape even the darkest of circumstances.  While the script feels a little too chunky at times, the way it’s been staged by Pilot Theatre and the cast cannot really be faulted.

The Bone Sparrow is at Theatre Peckham until 23rd April 2022.

2. Jummy Faruq as Anka and Devesh Kishore as Oto photo by Robert Day

5. The company of The Bone Sparrow photo by Robert Day

The company of The Bone Sparrow photo by Robert Day 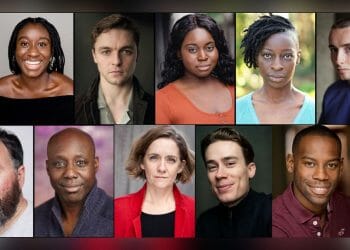 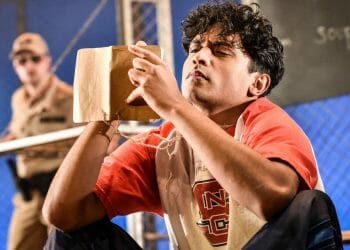 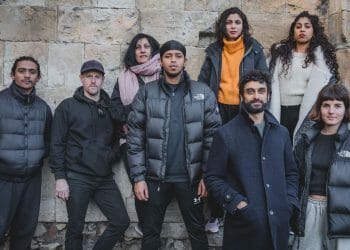 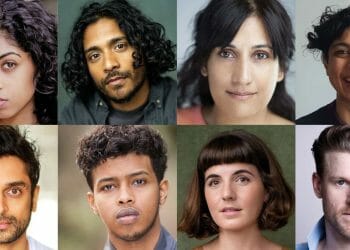 Casting announced for the world premiere of The Bone Sparrow 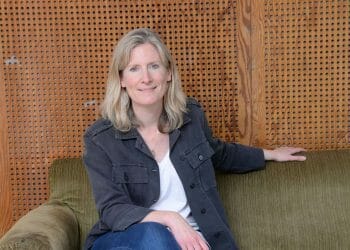 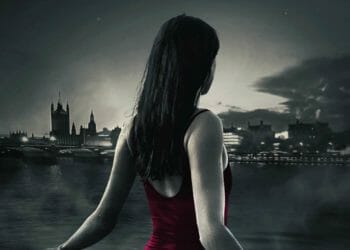