Review: The Girls at The Phoenix Theatre

The story of the Calendar Girls is well known by now, it’s been a hit movie, a fairly successful play and now, original writer, Tim Firth has teamed up with childhood friend Gary Barlow to bring us the musical version – The Girls. It has been heavily promoted for several months as we awaited its arrival following a short tour, so I entered the Phoenix Theatre for opening night with expectations understandably raised.

Despite a new name, it’s the familiar story albeit with a slightly different focus, but fear not, there’s still a need for “considerably bigger buns”. This new twist to the story, while interesting, did mean that the plot sometimes dragged, especially in Act One. Thankfully these story-line lulls were filled with some incredibly funny dialogue that had the audience roaring with laughter. Act Two sees some improvement, and the final scenes are more than good enough to tip audience opinion in a favourable direction.

Much like the movie and the play, it is the cast who make this worth seeing. All of the principle ladies are exceptional, and each of them bring their character to life as well as paying superb homage to their real-life counterparts. Debbie Chazen and Claire Machin particularly stand out for their portrayals of Ruth and Cora.

The more mature ladies are supported by a delightful younger cast; Ben Hunter, Chloe May Jackson and Josh Benson create a wonderful dynamic with ‘The Girls’ that’s most enjoyable to watch.

The addition of music had great potential, there are a couple of belt-out powerful songs that raised the roof, and could even rival some of the musical theatre greats.  Sadly, the score overall left quite a bit to be desired, many of the songs sound the same, and the desire to highlight the Yorkshire roots left it all sounding a bit like a Hovis commercial.

The set consists of many wooden cabinets, varying in size and shape, which double as everything from a fridge to a Yorkshire hill. Though half the set is on a revolve it doesn’t actually revolve into anything, just moves back and forth with no apparent purpose. There’s probably so much more that could have been done with the set, especially in the final scene, but overall the Phoenix Theatre stage felt under-utilised.

The Girls is good, it just doesn’t live up to the monumentally high expectations which have been bestowed upon it. Despite this, audiences will no doubt flock to see it, Gary Barlows involvement will see to that, and they should too, because a brilliant cast telling a brilliant story is what makes a trip to the theatre worthwhile. 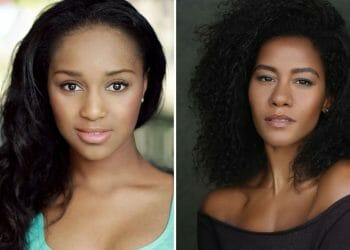 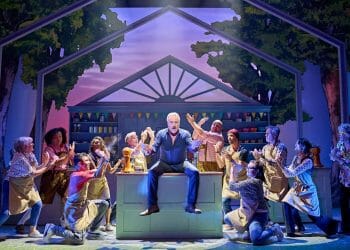 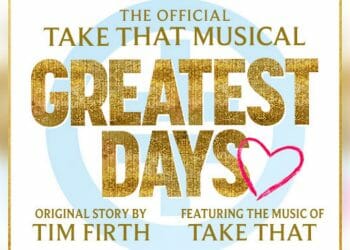 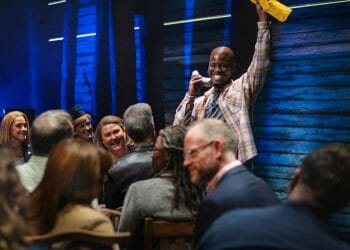