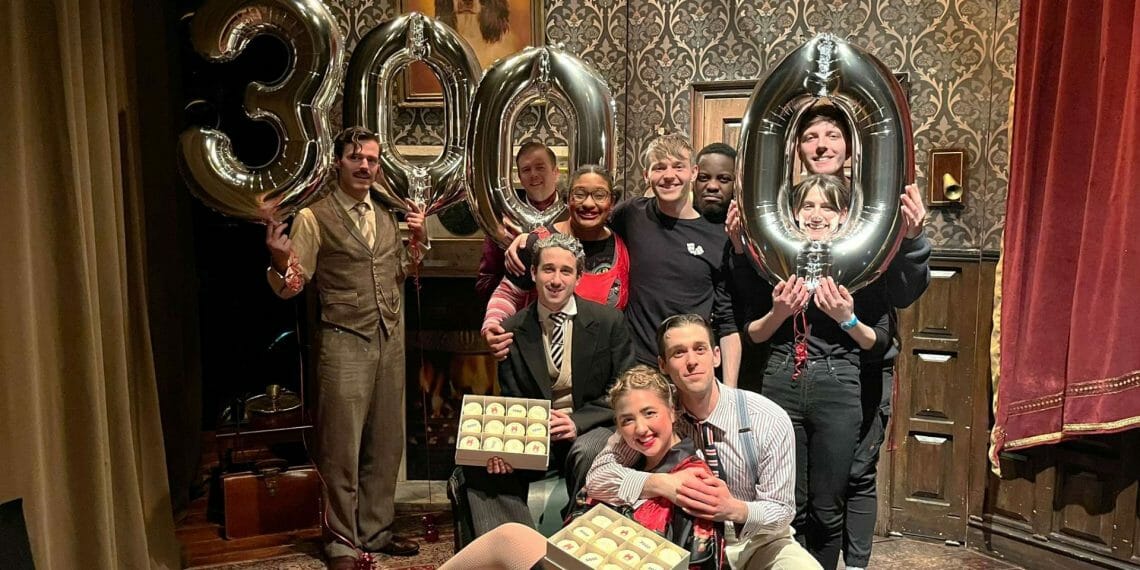 So far during their West End run, the Cornley Polytechnic Drama Society have been hit (by objects or each other) 104,965 times, smashed 2999 vases and have successfully found Winston the dog a total of zero times.

Mischief Directors Henry Lewis and Jonathan Sayer said today “We’re so delighted that after 3000 shows we’re still entertaining audiences and making them laugh. We’re incredibly grateful to everyone who’s come to see the show and we can’t wait for the next 3000.”

Awarded the 2014 WhatsOnStage Award for Best New Comedy, the 2015 Olivier Award for Best New Comedy and a Tony Award for the Broadway transfer, The Play That Goes Wrong continues to delight audiences in the West End and around the world. The show’s success is a testament to the hard work and determination of a group of drama school graduates who became friends, set up a company under the name ‘Mischief’ and created an extraordinary body of work. The Play That Goes Wrong shows no signs of slowing down since its first performance at The Old Red Lion 10 years ago with only four paying customers. Since then, it has played to an audience of over two million and now has productions in over 30 countries.

The Play That Goes Wrong is co-written by Mischief company members Henry Lewis, Jonathan Sayer and Henry Shields and is directed by Mark Bell, with set designs by Nigel Hook, costumes by Roberto Surace, lighting by Ric Mountjoy, original music by Rob Falconer, sound design by Andy Johnson, the associate director is Sean Turner and the resident director is Amy Milburn. The Play That Goes Wrong is produced in the West End by Kenny Wax Ltd and Stage Presence Ltd. 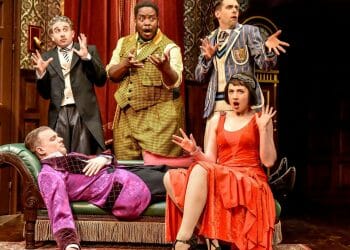 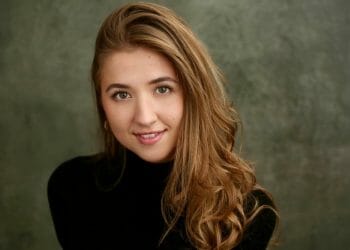 Interview: Anya De Villiers on Joining The Play That Goes Wrong at The Duchess Theatre 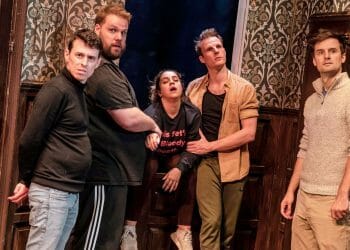 First Look: The Original Cast of The Play That Goes Wrong in Rehearsal