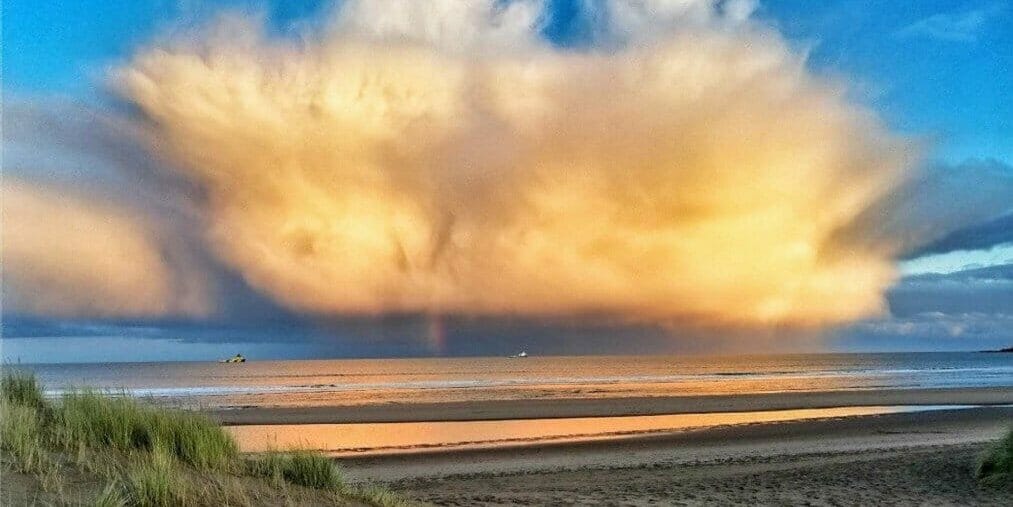 Commissioned by Hospitalfield and Arbroath 2020+1, Over Lunan is an extraordinary promenade performance in the dunes of Lunan Bay in Angus, Scotland.

As darkness falls, audience members become immersed in one of Scotland’s most stunning coastal locations; in an unusual work that draws on the fragility of the natural world and ancient flood mythologies. This special open-air production running from 9 – 19 September (no performance on 13th) is designed to be enjoyed in a relaxed, socially distant environment.

Angus Farquhar has assembled an inspiring team to produce Over Lunan which includes Purni Morell as dramaturg and co-script writer, composer of electroacoustic music Andrew Knight-Hill, trumpeter and conductor Bede Williams, Director of Chapel Choirs at the University of St Andrews Claire Innes-Hopkins, musician and composer Cameron Sinclair with music recorded by the St Salvator’s Chapel Choir which is based at St Andrews University.

Angus Farquhar said: “As we began to research the name Lunan through the location and the family name, we found some unusual thinking linking to Luna the Roman divine embodiment of the moon, then back further through time to Lu-Nanna, one of the Apkallu – ancient Mesopotamian demi-gods, half-human and half-fish who walked out of the sea to bring knowledge to humanity. Within these first creation myths, pre-biblical stories of a great flood began to appear in epic poetry. In the real world we find the remarkable story of the Storegga Slides which caused a gigantic tsunami that destroyed Scotland’s north east shores 8100 years ago. All this seems pertinent to the world now, with sea levels rising due to climate crisis and thousands dying as they cross the seas, trying to escape wars or in search of a better life.

“Over Lunan is Aproxima Arts first major production and we cannot wait to hear what local audiences – and those able to travel from further afield – think of the stories we’re exploring.”

Accompanying Over Lunan, a radio play produced by Steve Urquhart and written and directed by Purni Morell will premiere on Radio North Angus and Resonance FM this summer. It will explore the story of journalist Charlie Ross who spent a summer in Lunan Bay in 2015, investigating the area’s history and mythology, and the natural forces that have shaped this coast through millennia. He died before his work was complete, but his discoveries, including Lunan’s connection to the ancient cultures of the Middle East, are now brought to life posthumously in this radio play.

Tickets for Over Lunan go on sale at 10am on Wednesday, 30 June with a 33% discount for local audiences available. Those keen on making the event part of a bigger experience exploring the natural beauty of Angus are welcome to book a camping spot on Lunan Farm site here. For full FAQs, including information on accessibility, parking and how to get to Lunan Bay, click here.

The event is presented in celebration of Scotland’s Year of Coasts and Waters 20/21 and generously supported by the Scottish Government, EventScotland, Creative Scotland, William Grant Foundation and Garfield Weston Foundation. 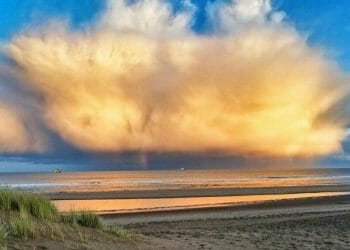 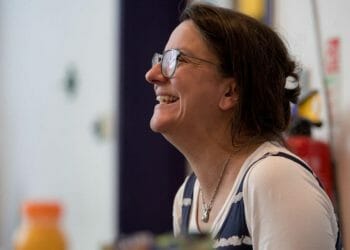 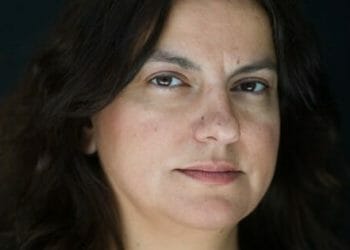