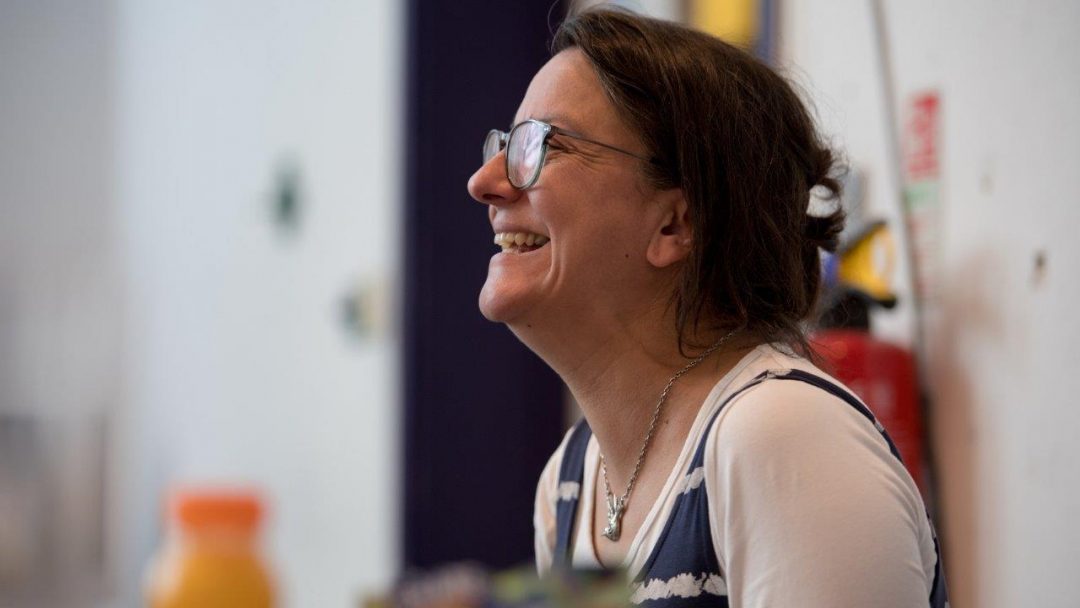 In a first ever collaboration, English National Opera and the Unicorn join forces in presenting Dido, a contemporary staging of Purcell’s powerful and emotionally charged masterpiece, Dido and Aeneas, for young audiences.

The Unicorn’s former Artistic Director Purni Morell directs a company of twenty-two which includes three principal singers: Rachael Lloyd as Dido, Njabulo Madlala as Aeneas and Eyra Norman as Belinda. They will be performing with a chorus of twelve and seven musicians from the ENO orchestra, in this searing new production for teenagers and adults, conducted by Valentina Peleggi – the ENO Mackerras Conducting Fellow.

You’re directing Dido at The Unicorn Theatre, what can you tell us about it?

It’s an opera written in 1689 by Purcell who was one of the greatest English composers and interestingly it was originally composed it for a girls’ boarding school.  The story is based on the meeting between Aeneas and Dido in Virgil’s Aeneid, and some of the music in it is among the best known in English opera. I think it’s a masterpiece.

How did this collaboration with the English National Opera come about?

I got to meet Daniel Kramer, ENO’s Artistic Director, a few years ago, and I had been brewing an idea to do Dido and Aeneas for a while, so I pitched it to him and he went for it. For which I’m very grateful. The idea behind the collaboration is that ENO has contributed the musicians and singers, and the Unicorn has contributed the rest of the artistic team and the technical and stage elements.  It is great working with ENO’s Valentina Peleggi, and we both feel very much the same about the music which is sublime.  It has been a great experience working with these wonderful artists.

What have you had to consider when presenting this for the modern age?

The first thing is that we’ve called it Dido, not Dido and Aeneas, which is an attempt to change the slant on the idea of Dido as a tragic heroine. (I don’t so much mind the tragic part as the heroine part – we don’t live in a world of idealising kings and queens any more, so I felt that calling it Dido brings it more up to date). And I suppose the only other thing is I’ve offered an abstract visual staging alongside the original score – which we do without explanation. I think we need to stop thinking about works of art as stories, to be taken literally – so for me I hope it will be received as a metaphor.

There are some difficult subjects tackled, what’s the challenge for you when thinking about how to stage them?

Dido commits suicide at the end of the opera, and we wanted to make sure that, in today’s society, with so many people having thoughts about suicide and experiencing mental health issues, we weren’t contributing to any pain anyone might be feeling, but at the same time treating the sadness of suicide seriously. So, we have tried to make sure we’re not creating a beautiful or glamourous or cheaply tragic ending, but one we hope means something on a deeper emotional level.

Why do you think it’s important that teenage audiences have the chance to see this kind of work?

Because the world we live in is a difficult place, and art and music restores our faith in each other and in the future.

What do you enjoy most about the rehearsal process?

I like the people very much, and this group are particularly good fun and open to new ideas. And although I don’t always like it at the time, I find the process of holding my nerve when I don’t yet know how to do something quite exciting – it’s a rush if you do suddenly find an inspiration. Which is of course not all the time.

What would you say to anyone thinking of coming to see Dido?

Interview: Rachel Bagshaw on The Bee in Me at The Unicorn Theatre