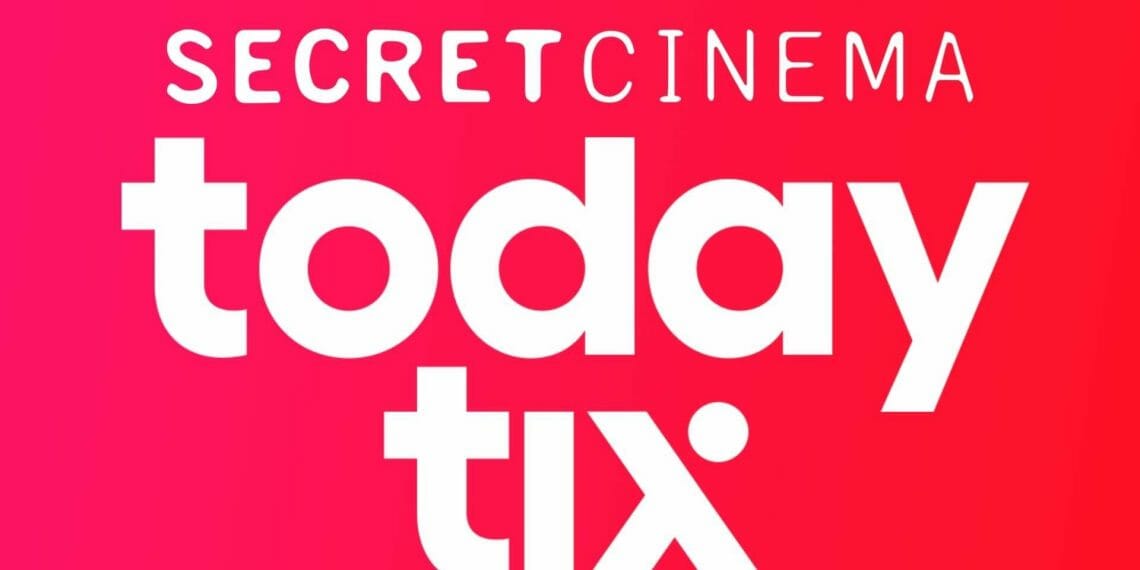 TodayTix Group, the global e-commerce leader for cultural experiences, today announced that it has acquired Secret Cinema, the London-based entertainment company that specialises in immersive film and television events.

Secret Cinema’s popularity has exploded over the past 10 years. The company has sold over one million tickets to more than 50 shows, secured a multi-year, multi-title deal with Disney (kicking off with Guardians of the Galaxy), and produced experiences with major movie studios including Marvel, Universal, Paramount, Lionsgate, Sony, Netflix, and Eon Productions. Secret Cinema’s latest shows have attracted massive audiences, with Casino Royale reaching an audience of over 100,000 in London, and its collaboration with Netflix, Stranger Things, drawing over 300,000 people in its first Los Angeles production.

To date, Secret Cinema has mostly operated in the UK, apart from Casino Royale in Shanghai and Arcane and Stranger Things in Los Angeles. This deal will allow Secret Cinema to fuel its international growth, expanding to the United States in 2023, with a U.S.-national tour planned for May 2023, as well as a permanent location in Los Angeles.

For the most part, Secret Cinema has produced short-term shows. Now, they will be creating open-ended theatrical runs to allow more fans to experience the immersive events. And the company is looking for a permanent location in London as well to better serve both audiences and partners.

“TodayTix Group’s acquisition of Secret Cinema is a game-changer for culture-seekers, the theatre industry, and the film and television industries alike,” said Brian Fenty, co-founder and CEO of TodayTix Group. “TodayTix Group has a massive audience seeking rich content and Secret Cinema has the most coveted collection of IP that it turns into amazing, immersive theatrical experiences. By connecting Secret Cinema with TodayTix Groups’ frictionless technology and intimate understanding of our millions of customers, we will amplify everything they’ve built into the most tailored and high-quality entertainment experience available to audiences globally.”

Merritt Baer, co-founder and President of TodayTix Group adds, “We could not be more pleased that Secret Cinema is joining our growing portfolio of brands and we are thrilled to bring the Secret Cinema experience more broadly to the U.S. in 2023.”

Founded in 2007 by Fabien Riggall, and owned and driven by Active Partners since 2016, Secret Cinema has taken the world of immersive experiences by storm. From grassroots film screenings in abandoned London buildings to large-scale productions in some of the most spectacular spaces worldwide, Secret Cinema creates 360° participatory Secret Worlds where the boundaries between performer and audience, set and reality are constantly shifting. With over 70 productions to date, including Stranger Things, Casino Royale, Blade Runner, Back to the Future, Star Wars, and Alien, Secret Cinema takes audiences to secret locations, encouraging them to dress as part of the cast and become part of the story of some of their favourite films and TV series.

In the last 12 months, Secret Cinema’s productions in the UK have included Netflix hit, Bridgerton; Arcane (League of Legends), its first title based on a video game; Ghost Busters: The Gates of Gozer, Secret Cinema’s first digital-only show; and 1990’s cult classic, Dirty Dancing. Guardians of the Galaxy, the company’s first major Disney title, is now playing in London.

Max Alexander, CEO of Secret Cinema, said: “It has been an extraordinary two years for everyone in entertainment, as we emerged from multiple lockdowns and restrictions to the current cost pressures of putting on our shows. Despite this, Secret Cinema remains an exceptional producer of unforgettable, immersive experiences. Now with the backing and unique expertise of TodayTix Group, it can fulfil its true potential and bring suspense and spectacle to even more Secret Cinema goers around the world.”

TodayTix Group has acquired several brands that are leaders in cultural experiences, including Encore, Broadway Roulette, Goldstar, and Show-Score, and also operates TodayTix. With an ever-expanding global network of theatres, producers, and cultural institutions, an expansive portfolio of brands, frictionless technology, and vast data and insights, TTG is at the forefront of the digital transformation of culture. Barron International Group, LLC acted as a strategic advisor to TodayTix Group.