In Victoria Pendleton’s episode, she will chat with Cool about their 2018 expedition to Everest with TV presenter Ben Fogle, where Kenton acted as their guide. They will discuss their training Nepal, the Andes and the Alps, reaching the had reached the mountain’s second camp, 21,000ft (6,400 metres) above sea level, and the events that led to her ending her summit bid.

The episodes will air on the Barn Theatre’s Facebook, YouTube and Twitter channels on Thursdays at 6pm. Melissa Arnot Reid’s episode will air on 30 April 2020, with Victoria Pendleton will follow the week after on 7 May 2020.

Kenton Cool, who lives in Gloucestershire, holds the British record for the most climbs to the summit of Mount Everest and, in 2013, became the first person to climb Nuptse, Everest and Lhotse in a single push without returning to base camp.

The Barn Theatre are continually expanding their slate of programmes and the full line up and updates can be found on their website and social media platforms.

The Barn Theatre (registered charity no. 1174253), which is facing a loss of £250,000 and possible permanent closure, have launched their SAVE OUR BARN via their website and social media platforms. The theatre have also released a Not Just A Theatre video campaign to highlight the initiatives that the theatre works on, alongside their theatrical productions, for the local communities. 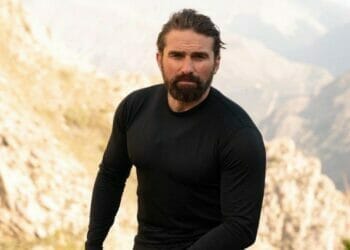