Yellowbird Theatre’s Fronting at Pleasance Courtyard is the story of David, a Scottish homosexual man with HIV. He meets Will at a club and brings him back to his flat. When Will tries to sleep with David, he tells him of his condition. What follows is a conversation spanning over multiple topics, featuring flashbacks from David’s life from when he was recently diagnosed.

Some members of the 5-person cast are more difficult to believe during the piece, their dialogue sounding unnatural and their emotions feeling forced. I saw this mainly in the character of David’s sister as well as his nurse. The character of Will also struck as me unbelievable a lot of his lines just seemed very scripted and definitely not something a young man would say, however he also points in the show where he grabs the audience’s attention, for example when he talks about his late Father with delicacy and grace.

The characters that made Fronting for me were the characters of David himself and his ex-boyfriend, who received HIV while cheating on David, before then passing it on to him. The actors show the most chemistry on stage out of all couples presented in the show and was the most emotionally engaging scene in the piece, showing the complexity of relationships and the stigma that gay men face everyday.

The performance engaged my head more than my heart, as a lot of the scenes featured a lot of explaining of the science of HIV, how it’s treated medically and the recover process. It is obvious that Yellowbird Theatre have been working closely with Waverley Care in creating this piece, and the writing by Darren Hardie is thoughtful and detailed, but unfortunately fails to be emotionally engaging from time to time.

All in all, Fronting brings an interesting, more specific outlook onto HIV, the stigmatism of homosexuality and acceptance. However, I failed to connect with most of the characters throughout it, but the performances I did connect to certainly made the show more consistent and gripping. 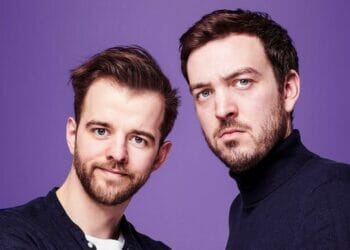 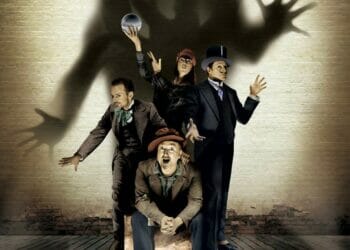