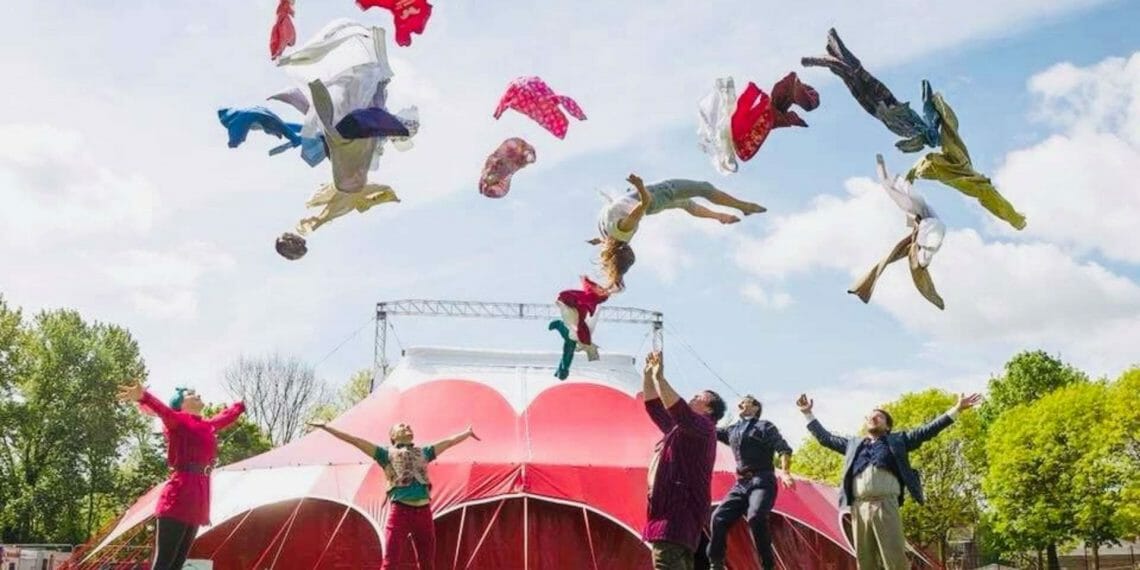 Hotel Paradiso courtesy of The Other Richard

Contemporary circus company Lost In Translation returns to the Edinburgh Fringe with its show Hotel Paradiso, running until 27th August at Circus Hub on the Meadows. I always think it’s exciting to see a circus tent set up in a field, and there’s an air of anticipation as we file in.

As soon as we enter it’s clear we’re in for some fun, as some of the cast members are already circling the audience. We become the ‘guests’ at the hotel, greeted by a maid, concierge and bell boy who provide some pre-show entertainment and clowning, bustling around and dusting down a few lucky audience members.

Hotel Paradiso tells the tale of a scheming banker who’s determined to take over a family hotel. Madame and her staff welcome the audience to their beloved home, but disaster strikes as their arch enemy sets his sights on the quaint hotel.

A talented cast of 6 daring acrobats brings the story to life with a host of impressive skills and unwavering energy. From aerial hoop to juggling, precarious balancing and not forgetting the spectacular Korean Cradle, audience members might find themselves on the edge of their seats at the tricks that at times seem to defy all laws of possibility.

The performance is made complete with an original music score by renowned Circus Musical Director Peter Reynolds . Our performance also featured impromptu accompaniment in the form of gasps, laughs, applause, and all manner of ‘oohs’ and ‘aahs’ from the audience.

As spectacular circus skills meet slapstick comedy and clowning, this show is impressive, charming and fun in equal measures. Hotel Paradiso is an hour of light-hearted fun and colour that’s sure to be entertaining for all ages. 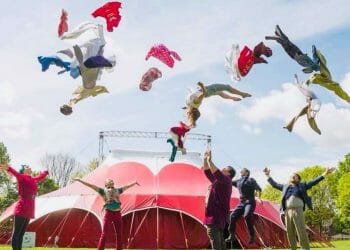 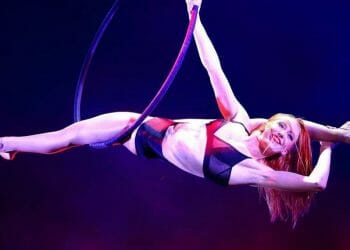 Lost in Translation Announce Outdoor Season: INTERLUDE in the CLOSE 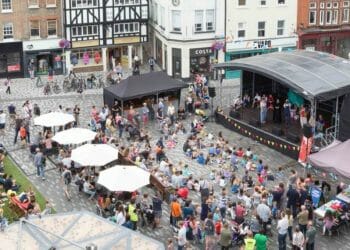 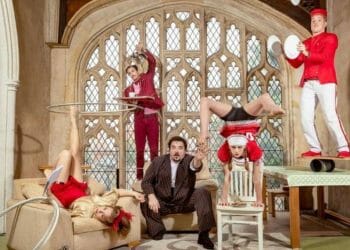 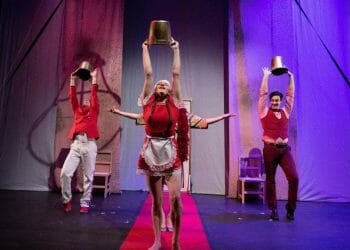