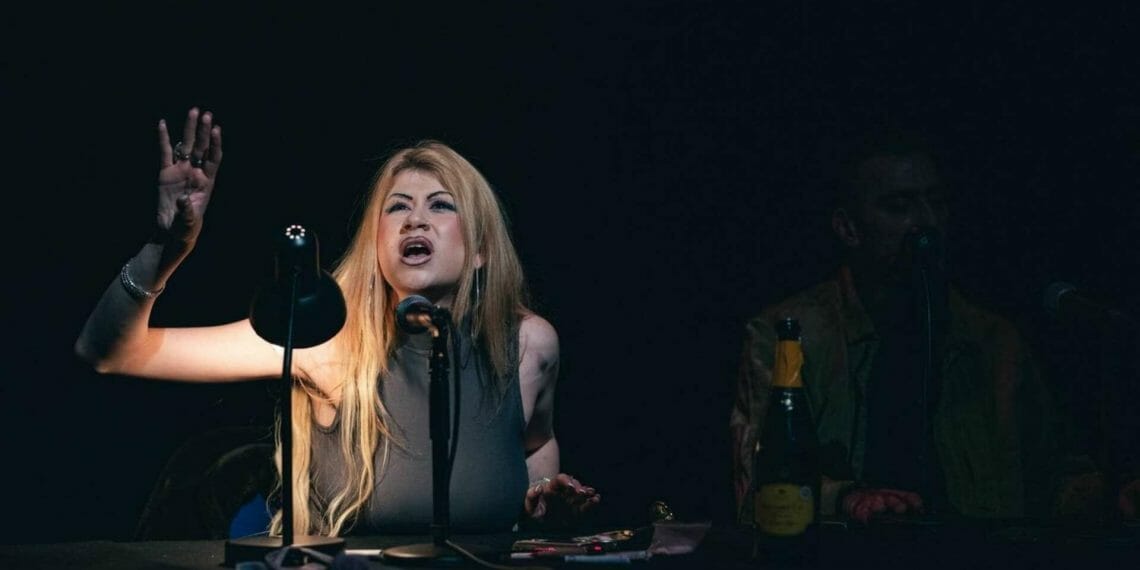 Today I Killed my Very First Bird Courtesy of The Company

A gritty autobiographical performance exploring life in the gangs of Southeast London does not promise an evening of light entertainment. Jason Brownlee’s Today I Killed My Very First Bird tells such a story through explosive and distressing dialogue, evoking the confrontational in-yer-face theatre of the 1990s. Directed by Lee Hart, the show brings a powerful though somewhat overpowering account of gangster life to Pleasance Courtyard (Beside).

The story follows Brownlee’s transformation from a child to a gangster, and then from a gangster to a reformed pacifist. The show boldly explores the violence, betrayal and fear that accompanies gang membership whilst demonstrating how it provides a release, family and income for those without the privilege of safer options.

The rhyming script and striking language are expressive and lyrical, producing a severe tone and rhythm. Whilst fitting for a show with such graphic content, it is easy to become desensitised to Today I Killed My Very First Bird’s constant intensity. The rhymes themselves are very clever and even comedic at times, but the show’s relentless pace does not allow much time for laughter.

Initially intimidating but eventually deeply remorseful, Jason Brownlee provides a moving performance as his former self. Other ensemble cast members include Amber L. Jacobs, Sue Raphael, Brandon Howard, and Sham Ali. The whole show is acted flawlessly, and the different characters played by the cast are distinguishable through accents, costume, and John Purkis’ imaginative lighting design. Greta Hennessy’s sound design works with Purkis’ lighting to communicate the many settings of the story, which is an impressive accomplishment for a show featuring five seated performers and minimal set.

The story of Brownlee’s spiritual awakening is incredibly admirable, but his underdeveloped change of heart happens very suddenly. As a result, Brownlee’s decision to change his life appears autonomous and simple, undermining his struggles and the show’s depiction of humans as products (and victims) of their circumstances.

It is also unclear how much blame and sympathy the audience are expected to direct towards certain antagonistic characters. This productively illustrates how muddled blame and sympathy can be, but the balance varies from character to character which, again, seems to confuse the show’s rather deterministic outlook.

But none of this trivialises Brownlee’s impassioned account of such an overlooked issue. While its message is sometimes unclear and its tone is overwhelmingly intense, Today I Killed My Very First Bird is an undoubtedly important piece of theatre.