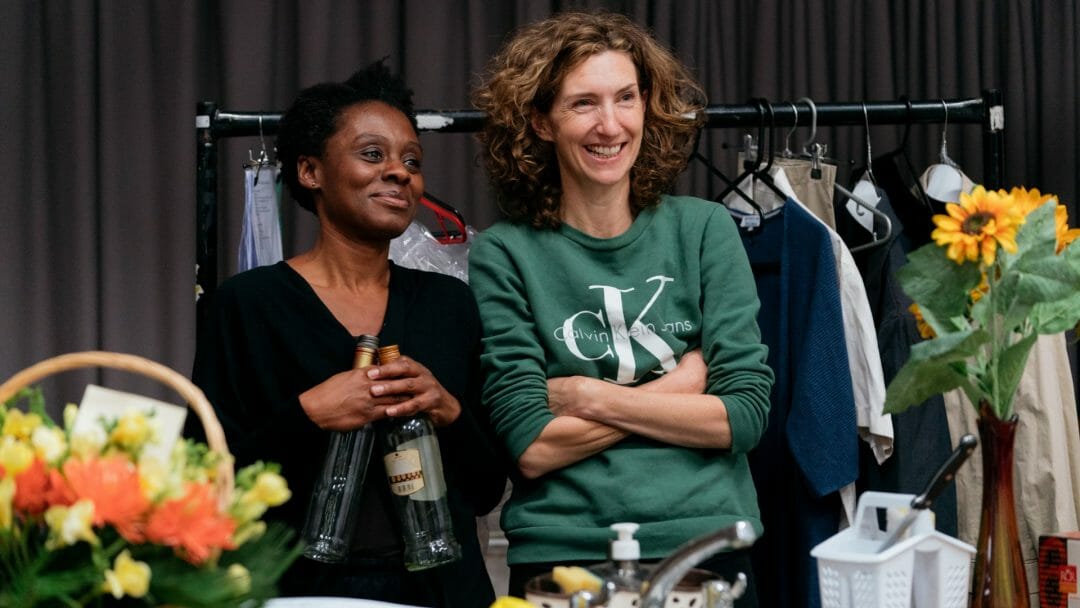 The National Theatre production of Nine Night, Natasha Gordon’s award-winning play begins previews at the Trafalgar Studios on 1 December 2018 in a co-production with Trafalgar Theatre Productions. Natasha Gordon will take the role of Lorraine in her debut play, for which she won ‘The Charles Wintour Award for Best Emerging Playwright’ in last week’s Evening Standard Theatre Awards.

First Look: Nine Night at The National Theatre in Rehearsal