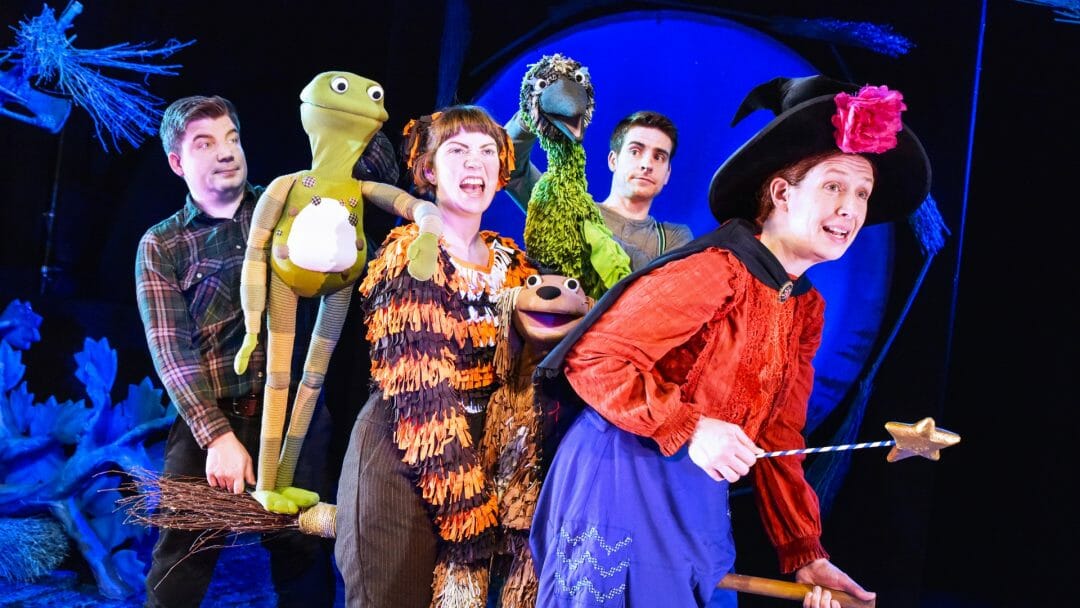 The show is currently playing at the Lyric Theatre until 13 January 2019 and this year celebrates its tenth anniversary. Room On The Broom was first performed in 2008 and continues to delight audiences in London in 2018.

Room On The Broom is produced and created by the critically acclaimed theatre company Tall Stories. The company was founded by Artistic Directors Olivia Jacobs and Toby Mitchell in 1997 and this year, celebrates its 21st birthday. Tall Stories previous productions include, “The Gruffalo”, “The Gruffalo’s Child”, “Emily Brown and The Thing”, “The Snail and The Whale” and “The Snow Dragon”.

Interview: Hannah Miller on The Snail and the Whale at The Apollo Theatre

Cast and Creative Team Announced for Oi Frog & Friends! At Lyric Theatre and On Tour

Review: Fisher Stevens: A Beautiful Noise at The Lyric Theatre