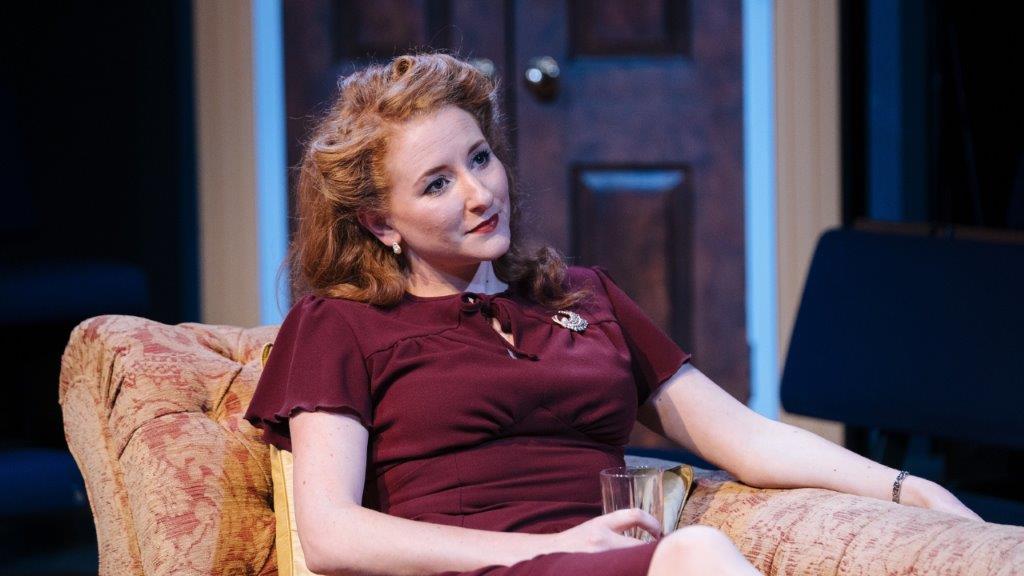 Dorothea Myer-Bennett appears in the first major London production in a generation of Terence Rattigan’s Blitz-era comedy While the Sun Shines. It follows Miller’s acclaimed production of Rattigan’s French Without Tears, which played two sold out runs at the Orange Tree Theatre before embarking on a UK tour.

While the Sun Shines will be directed by Orange Tree Artistic Director Paul Miller. Rattigan’s greatest hit played for over 1,000 performances in the West End when it opened in 1943. A hugely significant 20th century dramatist, his plays include The Deep Blue Sea, After the Dance, Separate Tables, The Browning Version, The Winslow Boy and Flare Path.

While the Sun Shines is at The Orange Tree Theatre 7th June to 27th July 2019.

You’re appearing in While the Sun Shines at The Orange Tree Theatre, what can you tell us about it?

It’s a widely unknown Rattigan farce, in three acts. And it’s bloomin’ hilarious. For me it’s a play about self discovery and ownership of life and choices.

I play Mabel Crum – a woman with a passion for frivolity and flirtation. She’s fiercely independent, knowing and bright, with a great deal of heart. She takes control of her life in a way that is so refreshing and modern that it almost comes as a surprise in a period piece.

Why do you think it’s taken so long for another production of While The Sun Shines to come to the stage?

Having worked on it now for 5 weeks I can honestly say I have no idea. It’s a brilliantly constructed, utterly outrageous, boundary pushing play. It must be seen!

What have you found most surprising about Terrence Rattigan’s writing?

This is only the 2nd Rattigan I’ve done (I played Catherine in the Winslow Boy last year) and two things about his writing have taken me by surprise: his understanding of people, he writes flawed characters with big hearts – and the way he writes for women. Many of the women in his plays are allowed their own story lines – they’re not simply fiancés or Mother’s or old Aunts – they have drive and ambition and independence. He was way ahead of his time.

How have you and your cast mates been getting to know each other during rehearsals?

What would you say to anyone thinking of coming to see While the Sun Shines?

Just sit back, relax and let the giggles set in

Dorothea Myer-Bennett can bee seen in While The Sun Shines at The Orange Tree Theatre until 27th July.  Photo credit Helen Murray

Interview: Kwaku Mills on Candida at The Orange Tree Theatre