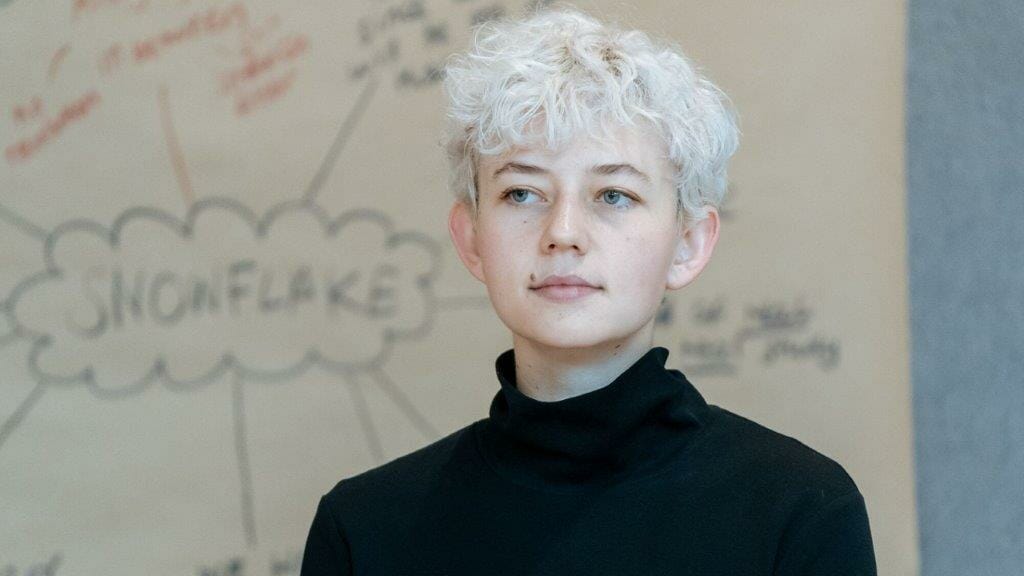 Ellen Robertson stars in the London première of Mike Bartlett’s latest play Snowflake which will run at Kiln Theatre over Christmas.

The critically acclaimed festive hit by Olivier Award-winning and BAFTA-nominated Mike Bartlett is directed by Olivier Award-winner Clare Lizzimore. Snowflake is an epic story about generational conflict, fathers and daughters, and whether we’re living in the best or worst of times.

Snowflake, starring Ellen Robertson, is at The Kiln Theatre from 10th December and has already been extended, now running until 25 January 2020.

You’re starring in Snowflake at the Kiln Theatre, what can you tell us about it?

Snowflake is about a father, Andy, waiting for his daughter to come home for Christmas. It’s about generational conflict, tradition and change, and about the price we pay for not listening to each other. It’s funny as well.

How would you describe your character, Maya?

Maya is really fun to play because she’s constantly fluctuating between resilience and fragility. She’s tough but her toughness is hiding a lot of sh*t – can I say sh*it? My favourite part of it is trying to work out when the real deep-seated stuff forces its way through the cracks.

You originated the role in a previous run, what are you looking forward to most about returning to the role?

In the last run I got to wear a pair of lovely tartan trousers so I hope that tradition continues. I can’t wait to come back to it. It’s evolved since we last did it a year ago. It’s a super contemporary play, and in the last year the political landscape has shifted quite substantially so that’ll be fascinating… Also, although I’ll miss Arts at the Old Fire Station which is an incredible venue, performing at the Kiln is so exciting! I’m really intrigued to see how a London audience reacts versus an Oxford audience. I wonder whether there’ll be any palpable difference.

What is it about Mike Bartlett’s writing that excites you the most?

So many things. It’s a proper dream to be working with Mike. Seeing Earthquakes in London when I was a teenager made me want to do theatre, so being in a play of his feels… nuts. His writing is so rich and so layered, and there’s an authenticity when you hear his dialogue that belies how precise it is on the page. I’m coming back to lines that I said a year ago and finding new meaning in them, which is pretty extraordinary.

Clare is wonderful. Her approach to the text manages to be both meticulous and joyful, and I just feel very safe in her process. She possesses an amazing ability to ask the right questions to make you feel as though you’ve found something out yourself, and only later do you suspect she knew it all along.

How well do you think Snowflake reflects the relationship between parents and their children?

Oh God yeah, I think it’s brilliantly accurate. It’s also really painful; a lot of people will recognise elements of the relationship, but the one in Snowflake has deteriorated horribly. Andy’s daughter left three years ago and hasn’t spoken to him in the interim, and in that time I think both of them have created a version of the other in their minds which has ossified to leave no room for nuance; they’ve each become symbolic. And then suddenly the play forces actual humans to confront each other, rather than ‘generations’, and – because the writing is so good and because the characters are so finely drawn – they start to surprise each other.

What would you say to anyone thinking of coming to see Snowflake?

I think it’s a really hopeful play, and I reckon we desperately need stories of understanding and reconciliation at the moment. Without giving anything away, Snowflake might be one of them. But you’ll have to come and find out.

Kiln Theatre Announces Dawn Austwick as Chair of The Board