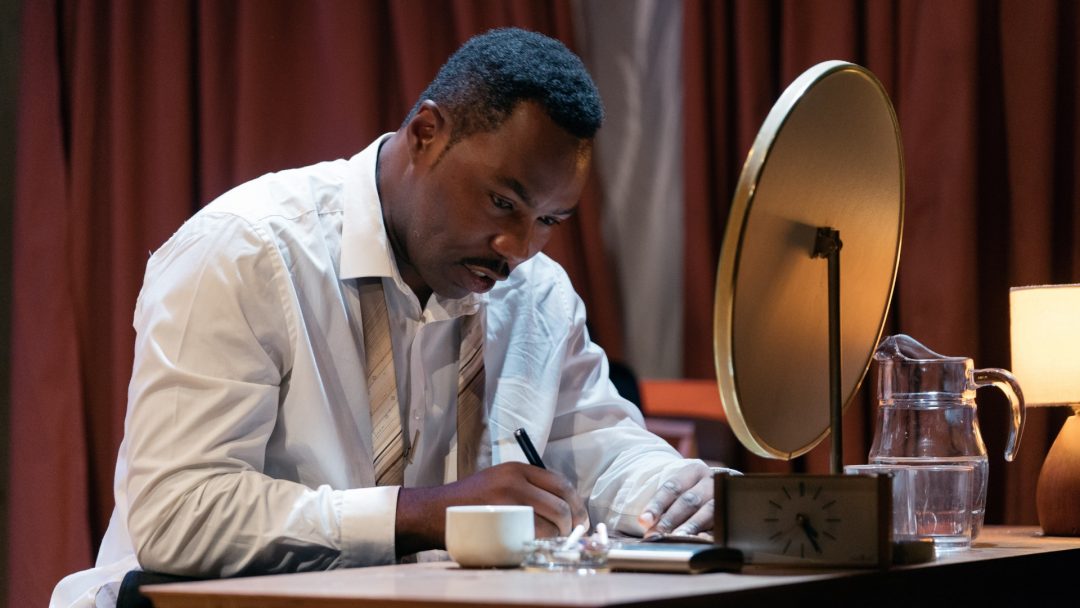 You’re staring in Katori Hall’s The Mountaintop, what can you tell us about it?

It’s a play about a man and a woman with a mutual respect for each other’s existence both individuals are on a mission. Martin Luther King Jr is on a mission for peace, civil rights and the humanitarian utopian dream and Camae, the model maid is on a mission to help King confront his flaws and ultimately his mortality.

What made you want to be part of this production?

I felt that when I performed as MLK in the previous production I still had unexplored aspects of the man and thoughts and ideas in the play that I still want to explore.

How does it feel playing Martin Luther King in the 50th anniversary year of his death?

It’s obviously incredibly humbling to be able to share a version of who the man might have been with other people through the production of the play.

How have you prepared for the role?

Mostly going other the script, exploring the subtext and ideas that are worth exploring to make my portrayal as vivid and authentic as possible. I have also watched a few documentaries as well as The Mountaintop speech from at the Mason Temple in Memphis which occurred a few hours before the play begins.

What do you like most about Katori Hall’s writing?

Katori’s writing is incredibly poetic, funny and audacious – it’s incredibly invigorating to imagine Martin Luther King said those words, or words similar in a semblance of who he might have been like in a private moment, not in the public eye against the stakes of the play.

Really excited to experience the play with as many different people as possible from very diverse backgrounds and get a sense of how MLK and his principles and pursuits resonate all these years after his death in the same way that Katori Hall was compelled to write the play.

Cast Announced for The Fishermen at Trafalgar Studios