Home Interviews Interview: Ian Ashpitel and Jonty Stephens on Eric & Ern at The... 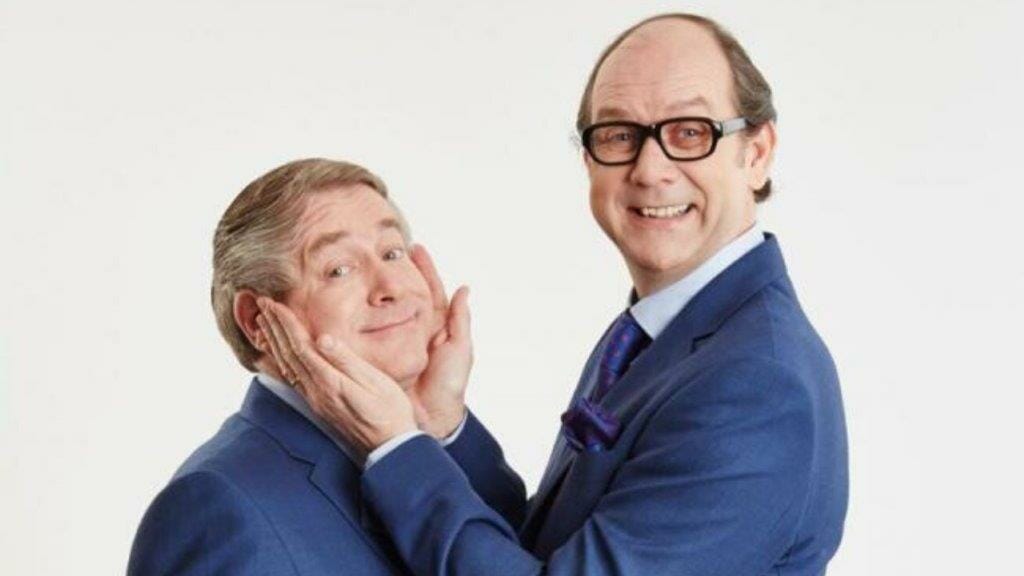 Highly acclaimed for their uncanny portrayal of the legendary comedy duo, Eric Morecambe and Ernie Wise, talented actors Ian Ashpitel and Jonty Stephens return to London’s West End as Eric & Ern at The Duke of York Theatre on St Martin’s Lane on 2nd and 9th February 2020.

You’re bringing Eric & Ern to The Wyllyott’s Theatre in Potter’s Bar on 28th November, Fairfield Halls in Croydon in December and The Duke of York’s on 2nd and 9th February, how would you describe the show?

Ian: It’s a show full of some of Morecambe and Wise’s most famous sketches, routines and songs along with some new material all in the style of the famous duo.

How did the two of you meet, and when did you discover you were perfect as Eric & Ern?

Jonty: I’d always done an Eric since I was a child. I was asked to do Eric in sketch at the Stage Golfing Society, (where we both play golf) and I needed an Ernie. I looked at the bar and there was Ian with is little short fat hairy legs, perfect! He’s the right height too.

Audiences will have such fond memories of Morecambe and Wise, how do you make sure you are enhancing the way people remember them?

Ian: That’s a very good question and I guess we remember them the same way as everybody else remembers them and we are working from an emotional memory as well a physical one.

Jonty: We have both watched hours of them on and off stage and are continually watching them to keep it as accurate and fresh as possible. I’ve even lost my hair especially!

You’ll be joined by Ruthie Henshall on stage at the Duke of York’s Theatre in February, how did you convince her to get involved?

Ian: We met Ruthie a few years ago doing a gig on a ship and she then appeared with us in a thing for the BBC and we later returned the favour and did a charity event with her.

Jonty: Plus, she owes us money!

You’ve been touring the show prior to it coming to The Duke of York’s, what’s been your favourite moment so far?

Ian: At the Stephen Joseph theatre in Scarborough just before the end of the show a woman in the front row on the same level as us stood up and put her coat on declaring “I’ve got a train to catch”. There then ensued a genuine standing ovation. Either that or they were all on the same train as her!!

Jonty: It really has been such fun on the road and the reactions have been wonderful. On more than one occasion we have had to stop the show because some audience members have been laughing so hysterically. The power of Morecambe and Wise.

What would you say to anyone thinking of coming to see Eric & Ern?

Ian: Come with an open mind and be prepared laugh and to be transported for 2 hours back to the wonderful world and comedy of Morecambe and Wise.

Jonty: It’s a really fun show. Celebrating the comedy brilliance of Morecambe and Wise. It’s a perfect antidote to all that’s going on at the moment. Laughter really is the best medicine.

Ian Ashpitel and Jonty Stephens as Morecambe and Wise are at Wyllyott’s Theatre in Potter’s Bar on 28th November, Fairfield Halls in Croydon from 9th – 14th December and Duke of York’s Theatre in London on 2nd and 9th February. For tour tickets go to www.ericandlittleern.co.uk

First Look: Touching The Void at the Duke of York’s Theatre in Rehearsal

Further Details Announced Ahead Of The Olivier Awards 2020 With Mastercard