Laura Harling is artistic director of The Dot Collective, which aims to raise dementia awareness and reshape the way we look at the disease, all while creating positive emotional memories for workshop participants.

As a charity producing professional theatre, The Dot Collective are in the unique position of being able to provide theatre for those with dementia, allowing creativity and positive experiences to thrive.

In the lead up to Dementia Action Week 2019, The Dot Collective will celebrate the one hundred trillion synapses that form memories in the human brain, transforming the Old Vic Workrooms into an immersive world of memory and experience.

Tell us about The Dot Collective and what you’re trying to achieve as artistic director?

The Dot Collective is a registered charity and theatre company (named after my nan, Dorothy Harling) that I founded to provide professional theatre and theatrical activities for those with dementia and living in care. I want to provide not just the performance of plays, but the whole sensory aesthetic of theatre and the variety you would expect at leading professional venues. Simultaneously I want to share the voices of our audience in care with the public and produce theatre that will raise an awareness of dementia through exciting new writing.

What can you tell us about One Hundred Trillion?

One Hundred Trillion is an immersive experience of short plays that were written in collaboration with dementia groups in South London.

How have people with dementia got involved?

Starting during Dementia Action Week 2018 we lead a series of storytelling workshops with four dementia peer groups in Southwark and Lambeth. Four playwrights were assigned to a group, and joined us in the workshops to uncover memories, experiences and imaginative responses. Our participants shared their lives with us, responding to creative writing exercises including poetry as well as music and improvisation. Inspired by their stories, the playwrights wrote fifteen-minute plays which capture the characters, spirit and lives of our participants with dementia as well as their carers.

Where did the inspiration come from for this immersive piece?

We wanted to find a way to perform original work to our audience with dementia that had the same successes as performing classic plays. The success is in the familiarity, something they relate to that triggers positive emotional memory, but there’s only so many times you can produce A Christmas Carol, right? So we thought the best way to achieve this was to listen to them, hear their voices and create plays that come from their interests and experiences. The stories that came out were so unique and fascinating, and the imaginative side to what our participants offered to the storytelling was entirely unique – so we just had to share this work with the public. Share the joy they gave us during the workshops.

What are the challenges of staging this kind of immersive work?

The scale of it all I’d say, and keeping the audience in the world of the play as they walk through it. It’s not just dressing the set with lots of stuff, it’s the detail from every angle – design, characters, order of plays, linking the plays etc… and The Old Vic Workrooms is a big space! It’s also finding the balance between offering cutting edge professional theatre and informing the audience of how these plays were formed.

What would you say to anyone thinking of coming to see One Hundred Trillion?

COME! I really think it will be like nothing else you will have seen – there’s clashing furniture, allotments and A LONDON BUS…AND – you will feel joyful. This work is not about how challenging dementia is, because I think we’re all aware of that. It’s about the people living with it that we met, the memories they shared with us and the joy they gave to this writing process through their vibrant personalities. It’s about being alive, human, and positive emotional memory. COME! 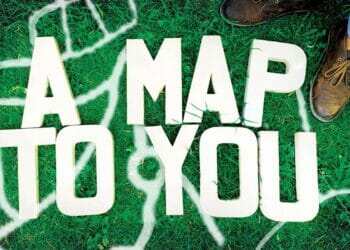 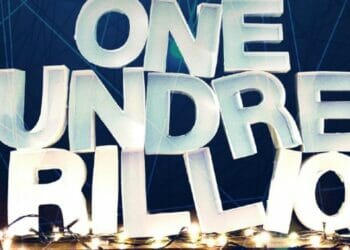