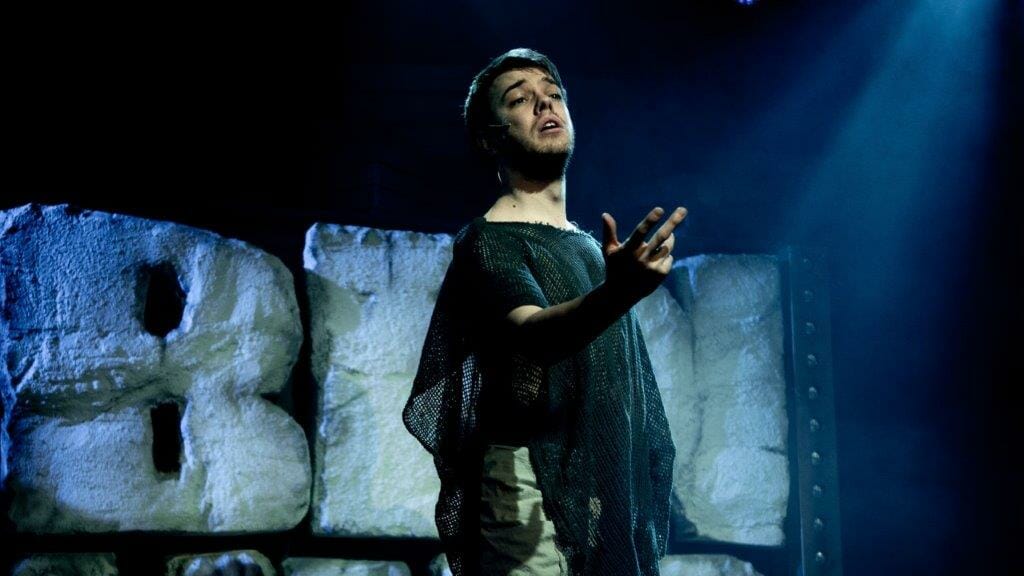 Liam Horrigan stars in the upcoming Built by Barn production of the comedy Ben Hur by Olivier award-winning playwright Patrick Barlow.  The production runs at The Barn Theatre until 18th April.

Joseph O’Malley returns to direct, following his previous direction on the Barn Theatre’s successful productions of Hound of the Baskervilles and The 39 Steps. Bronte Tadman also returns to the Barn Theatre after appearing in their 2019 production of A Christmas Carol.

You’re starring in the Built By Barn production of Ben Hur, what can you tell us about it?

In the play, The Daniel Veil Theatre Collective are putting on their own adaptation of the epic tale Ben Hur. What they lack in means, they make up for with creativity and sheer strength of belief. It’s incredibly silly. There’s also an underlying sub plot involving the four actors in the Collective, some of whom have taken a shine to each other, others of whom can’t seem to remember their cues.

Most people will be familiar with the big screen epic, what makes this stage adaptation different?

What is lost in the number of performers, amount of money available and presence of actual horses is made up for with Daniel Veil’s ingenuity. It’s amazing what can be achieved by simply asking the audience to use their imaginations.

The four of you must need a good relationship to pull it off, how have you been preparing each other for the run?

Everyone has been incredibly supportive and reassuring which is amazing, especially when you’re doing a show so physically and vocally demanding. People are always checking in to see if people are comfortable in certain moments or want to run through anything, which is necessary when 4 people are playing 12,000 characters.

You’ve just finished a run in The Play That Goes Wrong, how has that prepared you for this role?

The Play That Goes Wrong was brilliant, and being an understudy meant that I was used to performing roles I hadn’t done for eight months, sometimes without any prior notice or preparation or having to go on mid-show. That helps immensely with a show like Ben Hur where you often don’t have a chance to catch your breath between scenes.

What’s been your favourite moment of rehearsals so far?

My favourite moment, hands down, was the first time we got the camels and the blow up dolls. I’ll say no more. Buy your tickets.

What would you say to anyone thinking of coming to see Ben Hur?