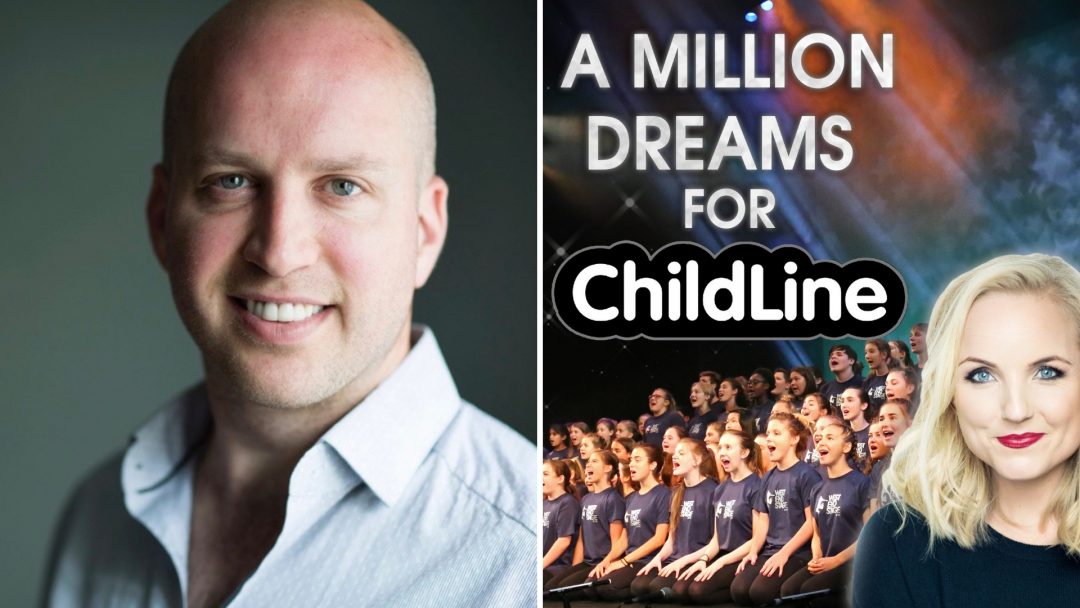 Mark Puddle is the founder of West End Stage, as well as a successful producer of film, large scale plays and musicals, and was the founder of The Lord Chamberlain’s Men.

Kerry Ellis, West End and Broadway star, has teamed up with 1,000 West End Stage students, for a special recording of A Million Dreams from the hit film, The Greatest Showman. All proceeds will go to the NSPCC’s Childline service (0800 1111). West End Stage launched in 2006 in a bid to become the UK’s leading theatre summer school, and this year marks the 10,000th West End Stage student.

A Million Dreams is available to download on iTunes.

Tell us about West End Stage and what its aims are?

West End Stage began in 2006 in a bid to become the UK’s leading theatre summer school. Our aim is to ignite a global passion for theatre, uniting young people from all over the world and giving them the very best performing arts experience. West End Stage encourages all students to have fun, have confidence in their ability and be themselves.

What does West End stage offer students that other theatre schools don’t?

West End Stage provides a unique experience to students that is exciting, challenging, and filled with West End surprises. Firstly, our students are taught by West End stars. Secondly, our students receive further masterclasses from industry professionals. Thirdly, we take the students to see a West End show. Finally, and most importantly, the students get to perform on a West End stage in their very own showcase. Sprinkle in a few surprise visits and performances from some very special guests, that is what makes West End Stage so unique!

What part of the summer school do you look forward to the most?

There are two moments that are my favourite. The first is the very first day. The atmosphere is electric as excited, theatre-loving students all gather together for the first time.

The second is the performance days at Her Majesty’s Theatre. From seeing the students arrive on the first day full of nervous excitement, to watching them walk onto such a prestigious stage with so much confidence, energy and support for each other, you can see how much they have learnt and grown during their week.

Tell us about your new charity single A Million Dreams?

We will be releasing our very own recording of A Million Dreams from The Greatest Showman in order to raise money and awareness for the NSPCC’s Childline service. The song was recorded at our summer school and features the voices of over 1,000 West End Stage students, not just from the UK but from Europe, America and even as far as China, Kenya and Egypt!

How was the song chosen?

A Million Dreams is all about having a dream that inspires you everyday, that keeps you going when times get tough and that connects you with others. Our dreams and ambitions make us who we are, and the NSPCC’s work helps to give more and more young people a voice to express those dreams. It was therefore the perfect song.

How did Kerry Ellis become involved?

Kerry has been West End Stage’s patron for 8 years. When we told her of our plans for A Million Dreams, she was very excited to get on board for such a great cause.

It features 1,000 West End Stage students, why was it important to you they were involved?

West End Stage is what it is because of our passionate, energetic and kind-hearted students. Their support for one another and their boundless excitement helps to create a positive and buzzing atmosphere on the course. This single is being released to raise money for a brilliant charity that supports the same age group of students that come to West End Stage. It is therefore important that we hear their voices communicating a message of solidarity and support on this track.

What else are you currently working on?

We have already begun work on West End Stage 2019! Though our plans are top secret, we have a few tricks up our sleeves to make our 2019 course brilliant.

In my other life as a theatre producer I am currently working on True West in the West End with Kit Harrington and Johnny Flynn, which opens in November.