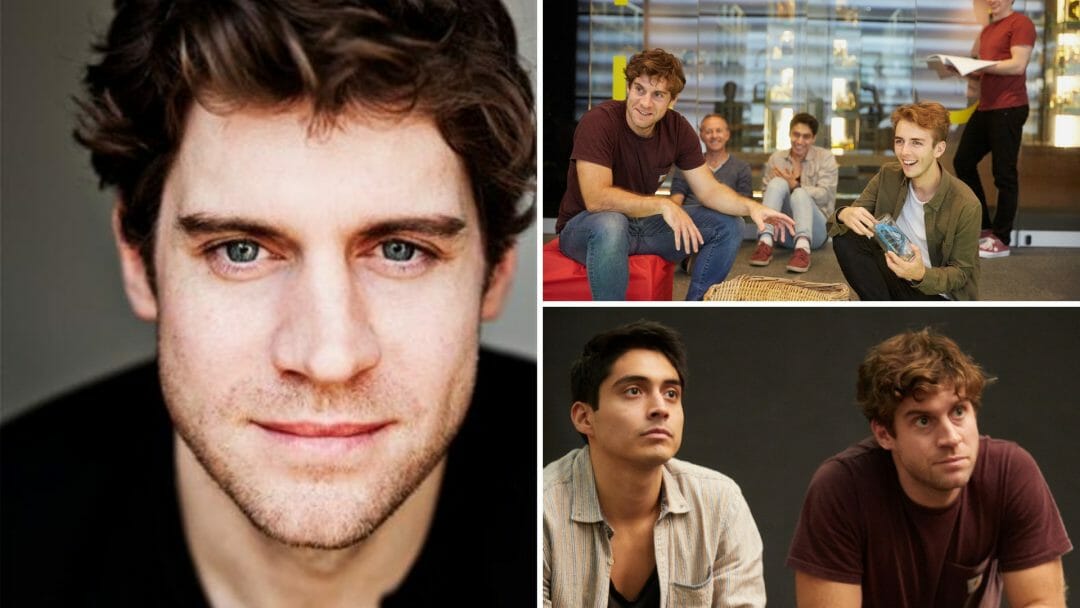 The Wider Earth was initially conceived in 2013 in Cape Town during a mentorship with Handspring Puppet Company, the creative team behind War Horse. This visually spectacular production features 30 extraordinary puppets representing the tropical wildlife Darwin encountered on his voyage, Matt Tait joined us to tell us more.

The Wider earth is at The Natural History Museum 2nd – 30th December 2018.

You’re appearing in The Wider Earth at The Natural History museum, what can you tell us about it?

The Wider Earth tells the story of the young Charles Darwin’s famous voyage on the HMS Beagle. It’s a coming of age story for Charles and many of the men that spent five years on their voyage to South America. If that isn’t enough, there are loads of amazing puppets thrown in for good measure!

I play Lieutenant John Wickham and Adam Sedgewick. Wickham is a very able seaman and was Captain FitzRoy’s right hand man. He went on to do great things and became the captain of HMS Beagle on its third and final voyage. Sedgwick is geologist and professor at Cambridge – he was looking at geological theories closer to home and came up with the Devonian theory and the Cambrian theory.

What similarities does The Wider Earth have to War Horse?

David Morton and Nick Paine from Dead Puppet Society went out to build puppets with Handspring Puppet Company in South Africa during the build of the War Horse puppets, so as you can imagine there is a massive influence! Our puppets are just as beautiful and are really user friendly!

Tell us about the puppets who feature in The Wider Earth?

We have fish, sharks, a blue whale and a giant fossilised glyptodon, to mention just a few.

How is the space in the Natural History Museum being transformed in to a theatre?

The Natural History Museum are transforming the Jerwood Hall into a purpose built 350-seater venue and it’s just next door to the Darwin Centre, so we’re in good company!

What makes The Wider Earth unique?

Bizarrely the story of the HMS Beagle’s famous voyage isn’t a tale that seems to have been told before, then throw in some beautiful puppets and a revolving stage in the Natural History Museum and you’ve got yourself something unique in my opinion.

First Look: The Wider Earth at The Natural History Museum