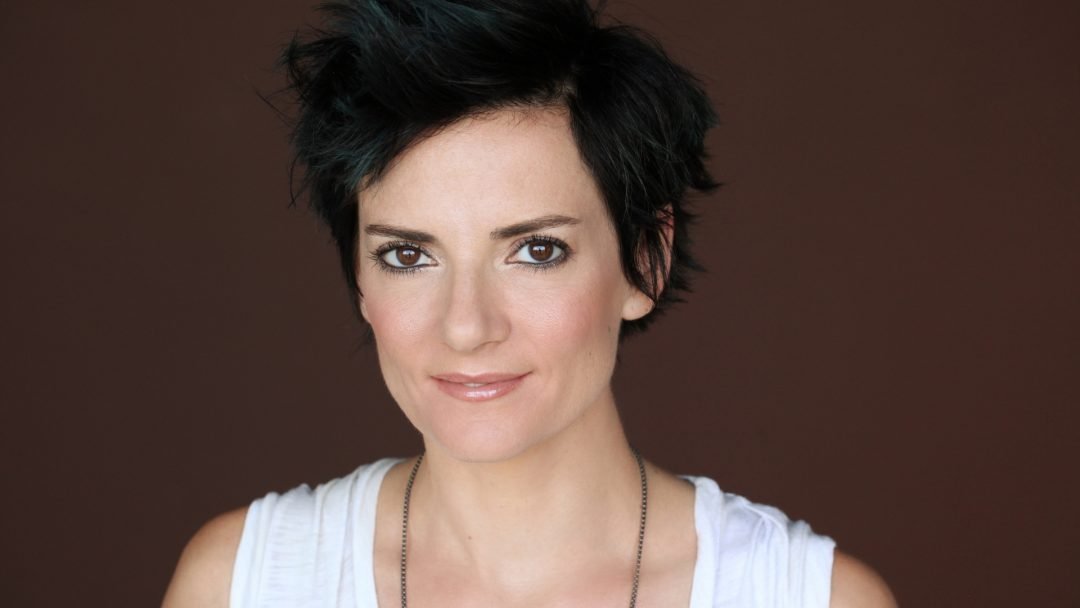 Puppeteer Helen Day will perform in Cirque du Soleil’s uniquely different touring show TORUK – The First Flight, inspired by James Cameron’s record-breaking movie AVATAR,  which will make its UK debut next June at the Manchester Arena from 20-23, 2019 and London’s O2 Arena from 26-30 June 2019.

With creative input from James Cameron and experts from the movie’s production, TORUK – The First Flight is unlike any other Cirque du Soleil experience. With the brilliance of the Cirque du Soleil performers whose athleticism and acrobatics bring to life the Na’vi, the show is a visual effects spectacular where the world of Pandora is depicted through impressive multimedia projections, massive set-pieces and the largest collection of puppetry in Cirque du Soleil history creating a narrative driven official prequel to AVATAR.

You’re appearing in Cirque du Soleil’s TORUK – The First Flight, what can you tell us about it?

TORUK – The First Flight is a large-scale spectacular show, which incorporates circus, theatre and puppetry. Inspired by James Cameron’s AVATAR, it tells the story of the first Toruk Makto, the first Na’vi to bond with this dragon-like creature from Pandora. Fans of the movie will remember that Jake was the sixth Toruk Makto. But anyone who doesn’t know the movie should not worry…our story is set thousands of years before the film, so is a new story that does not require any previous knowledge of the characters.

It’s inspired by James Cameron’s AVATAR, why do you think that movie is the ideal inspiration for a large scale Cirque du Soleil show?

Cirque du Soleil’s shows transport audiences to other worlds, so in many ways there is a direct comparison with AVATAR, which immersed audiences in the world of Pandora. The movie also used groundbreaking film technologies, and likewise our show uses groundbreaking live show technologies. Additionally, AVATAR tells a story that teaches us an important message about the environment, and indeed humanity. This really lines up with our company ethics and ethos.

How did you get involved with Cirque du Soleil?

Cirque du Soleil was advertising for puppeteers especially for TORUK…and the brief was surprisingly suited to me! It was for experienced (tall!) puppeteers with additional circus skills. I submitted several demo videos, and was invited to a live audition in London. The day of the live audition I thought I had blown it before I even started, as I had been unceremoniously dumped by a boyfriend the night before and arrived rather tearful with puffy eyes. Every time they cut people I started getting my bag and coat together to leave. But…they kept me until the end, and around three weeks later I was offered the job!

What are the challenges of staging a show like this?

The scale is a huge challenge. The set itself is just under 2000 square meters and covered with projections larger than 5 IMAX screens. We work in large arenas with audiences of thousands, so extra thought had to go in to making everything on stage readable from a distance. This means our puppets are rather large, (Toruk comes in at 12 meters wide) and it took a while for me personally to build up the strength to operate them. I am now the strongest I have ever been.

What made you want to become an puppeteer?

I had a brief relationship with a puppeteer, who was also a puppet maker. When he left, I realised I had been more in love with the puppets than I was with him…! I started playing with some of the puppets he had made for me, and discovered real joy in bringing them to life. I am also an actress, and the freedom of being able to act through puppets is amazing! All of a sudden you are not restricted by your age or casting type, which is very exciting.

How will you prepare mentally and physically for a show?

I always try to warm-up physically, as the show can come as quite a shock to the system otherwise! I also keep myself fit by doing Pilates and going to the gym. Without that I would struggle to do the work.

And how do you wind down afterwards?

That totally depends on the day and time! Sometimes I do a physical warm-down. If there is a sauna or spa at our hotel that is open late then I love to stretch and relax in there. I also switch off by chatting to friends back home…sometimes it is good not to talk about work and to gossip idly about anything but!

What are you looking forward to most about performing in this show?

What would you say to anyone thinking of coming to see Toruk?

The show is incredibly photogenic, but don’t forget to put down your phone and absorb it with your own eyes. With the puppets, projections, acrobatics, costumes, music and storyline, there is truly something for everyone in the family. It’s a one-of-a-kind experience…be sure to take it all in!

Cirque du Soleil to Share The Best Moments from CORTEO, VOLTA and TOTEM on CirqueConnect Hub

Corteo, One Of The Best-Loved Cirque Du Soleil Productions Is Coming To The UK In June 2020