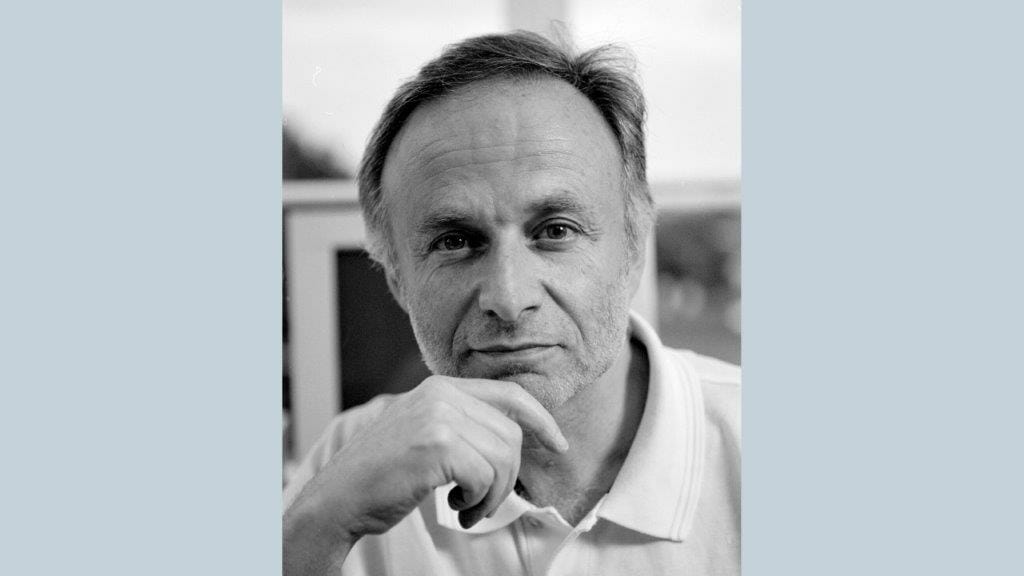 Ron Elisha, author of the smash-hit The Soul of Wittgenstein, pits love against duty in the ultimate meeting of the minds.  Falling in Love Again will get its UK premiere at the King’s Head Theatre 14 January – 8 February 2020.

Ron Elisha is a playwright based in Melbourne, Australia. His plays have been produced throughout Australia, New Zealand, United States, United Kingdom, Canada, Poland, Israel and France, and have won a number of awards, including four Australian Writers’ Guild Awards, the Mitch Matthews Award (2006) and the Houston International Film Festival Award for Best Screenplay.

Falling in Love Again is having its world premiere at The Kings Head Theatre in London, what can you tell us about the play?

In 1936, Marlene Dietrich, the most highly paid actor in the world, came to London to appear in a movie entitled ‘Knight Without Armour’.

When she arrived, the story of King Edward VIII’s abdication was just breaking in the news.

Edward, who was single and had not long ascended to the throne, had fallen in love with an American woman, Wallis Simpson who, in addition to the sin of Americanness, was a commoner, a divorcee and, at the time they started seeing one another, still married.  A scandal on every count.  This being the case, the only way he could in fact marry her – once she was divorced from her husband at the time – was to abdicate the throne.

Marlene, who loathed Nazism, was deeply concerned that the abdication would weaken Britain’s position in relation to Germany should a conflict arise.

And so, being Marlene, she decided to have her driver take her to Fort Belvedere, the King’s ‘country’ home where, on the very eve of the planned abdication, she would seduce the King, thereby convincing him that it wasn’t worth sacrificing the British Crown for another woman.  Her powers of seduction being legendary, it was no idle threat!

The play opens upon her arrival at Fort Belvedere and takes us through to the morning, when the Instrument of Abdication is to be signed.

I hatched the idea upon listening to a podcast series entitled ‘You Must Remember This’, a series dedicated to exploring the secret and/or forgotten histories of Hollywood’s first century, hosted by Karina Longworth. The particular episode on the day was about the life and times of Marlene Dietrich, and this particular event was mentioned almost in passing. As a playwright, I found the prospect of these two iconic characters alone in the one room irresistible.

Why do you think the subject of the abdication still intrigues audiences?

Going right back to Shakespearean times, we’ve had a fascination with the notion of royalty and the fate of Kings – a kind of vicarious connection to power and a fascination with what’s at stake when the powerful are confronted by adversity.  In the case of Edward VIII, there’s the added element of the world’s most eligible bachelor falling in love with a woman who was definitely regarded as forbidden fruit.  People are intrigued by the notion of a man who would forego a position as the titular head of the world’s most powerful empire for the sake of love.

Do you find it easier or more difficult as a writer when you are reimagining actual events from history?

Whilst speculative history has its challenges, it’s definitely easier, as a lot of the hard work is done for you. The basic plot is there, and the characters are already fully formed. The challenge is in mastering the research to the point where you can be both authoritative and convincing, making historical characters live and breathe in a way that’s both compelling and consistent with what we know about them.  There’s often a great deal of leeway in the spaces between the sentences of history – a delicious arena in which a playwright can spread his or her imagination – but one has to be able to do it without disturbing the surface landscape of history and the fictional weaving into the real story has to be seamless, so that the average theatregoer would be incapable of discerning the direct quotes from the fictional utterances.

What are you looking forward to most ab out having Falling in Love Again premiere in London, and specifically The King’s Head?

The King’s Head is London’s premiere (and oldest) pub theatre.  It’s a place with a rich history of fine work, a place where things get noticed and, indeed, a place with an international reputation.  Having my play, ‘The Soul Of Wittgenstein’ on there in 2016 was a great experience, and I hope to build on that with ‘Falling In Love Again’.  It is, of course, a quintessentially London story, so one couldn’t wish for a more receptive audience.

What would you say to anyone thinking of coming to see Falling in Love Again?

Leaving aside the abdication story, which is compelling enough in its own right, the joy of seeing Marlene Dietrich strut her stuff in a setting and situation that’s totally unfamiliar to us is nothing short of a delight.  So if you’re after a piece that’s witty, charming, funny, touching and, in short, entertaining and diverting, this is the play for you.

Falling in Love Again by Ron Elisha is at the King’s Head Theatre, 115 Upper Street, Islington  from 14 January – 8 February www.kingsheadtheatre.com