Interview: Rosie Day on The Girl Who Fell at Trafalgar Studios

Rosie Day stars in the world premiere of The Girl Who Fell, a powerful new play by Sarah Rutherford, former Writer in Residence at Park Theatre and writer of sell-out hit Adult Supervision.

Rosie Day stars alongside Navin Chowdhry, Will Fletcher and Claire Goose.  Directed by Hannah Price The Girl Who Fell runs for at Trafalgar Studios until 23 November.

Book The Girl Who Fell Tickets

You’re playing Billie in The Girl Who Fell, what can you tell us about it

The Girl Who Fell takes place after a teenage girl, Sam, has committed suicide, and follows the journey and fallout of a young girls death on her mum, best friend, boyfriend, and a mysterious stranger as they try to discover the reasons behind her death.

What was your first reaction when you read the script?

I thought it was the first play to cover this subject, teenage mental health is a critical issue in today’s society and a play that revolves around the life of a young girl are few and far between.

What impressed you most about Sarah Rutherford’s writing?

I couldn’t believe how funny it was, despite being a very dark subject, it’s laugh out loud funny, there are bits that have the audience in stitches. She depicts teenagers so realistically which is not often done well, and each of the characters go on such a journey as they try to put their lives back together again.

On the outside Billie is a very put together, snappy, intelligent young girl, but internally she’s incredibly insecure, conflicted and frightened, and hiding a very dark secret.

Why do you think the blend of grief and laughter works so well in this play?

I think there is a lot of humour to be found in darkness in general, and we feel we shouldn’t laugh at things like grief, but actually so much of it is funny and awkward, which the twins, being so young aren’t constricted by societal expectations so just come out with the most inappropriate hilarious lines, which the audience needs, as it’s a very emotional subject matter.

What’s it been like playing a twin? How did you and Will Fletcher prepare for that?

So much fun, Will who plays my twin is such good fun and such a brilliant actor! We did lots of improvisation of the twins from age 5 onwards, in order to create memories together, and did lots of workshopping physical similarities between them. We had twins in the other night who said we were very realistic!

What would you say to anyone thinking of coming to see The Girl Who Fell?

Be prepared to laugh and… cry, and go on a real exploration of grief. We had an audience member faint, as there’s one very dramatic scene! 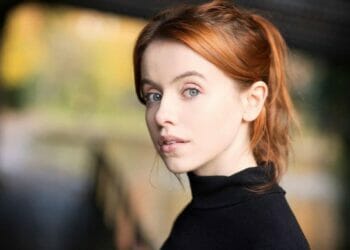 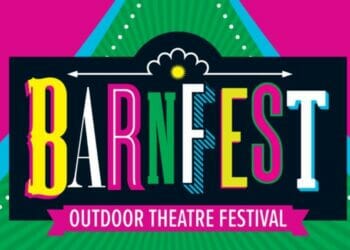 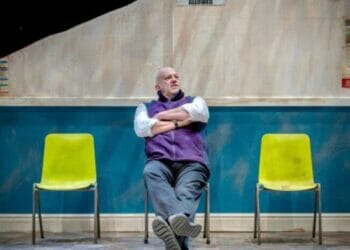 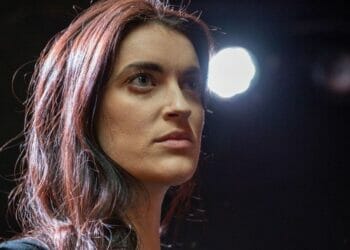