Interview: Sam Cochrane on Timpson The Musical at The King’s Head Theatre 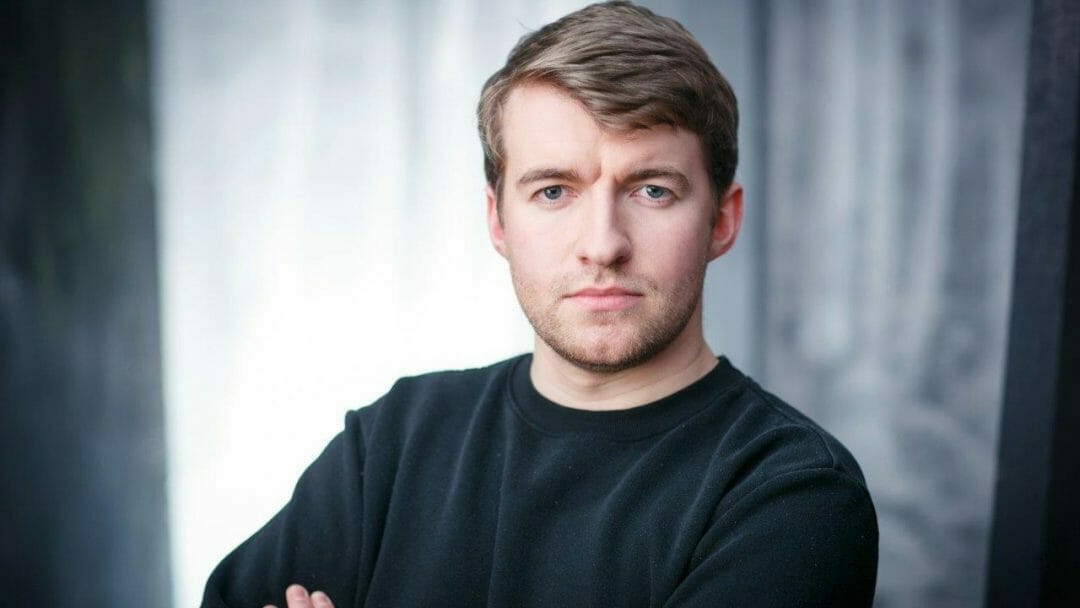 For many university students, getting through lectures and exams is enough of a challenge, without writing a hit Edinburgh Fringe musical at the same time. Sam Cochrane, originally from Bath, and studying History at Warwick joined the university’s Musical Theatre Society, and met the friends that he would join forces with to write Timpson The Musical.

“It was written by me, and three graduates from Warwick, Chris Baker, Theo Caplan and Tom Slade. It was a really nice dynamic because we all got on very well, it was really collaborative.”

The driver behind such a collaborative piece was two-fold, the group had worked together on an improv musical, but the second reason was more out of practicality, “we agreed that we needed to keep up with university, and we were doing exams too, so this way we could all do bits and pieces and put it together. Chris and I did the book and lyrics together. Theo and Tom did the music, splitting the songs so they did about half each, and worked hard to make sure it all flowed nicely.”

“I thought that story deserved its own musical, because it’s the strangest duo of occupations”

While it was very much a team effort, it was Sam who had the initial idea to write a musical about the high street retailer, “I think I came up with the idea at the end of school, but I never really expected to take it anywhere, until I met those guys. The show is an origin story of how the shop Timpson came to provide cobbling and key cutting. I thought that story deserved its own musical because it’s the strangest duo of occupations.”

The plot of Timpson The Musical isn’t really how Timpson came about is it? “Not at all!” laughs Sam, “It’s the story of two warring houses; the Montashoes and the Keypulets, the unlikely love story that blossoms, and how those two houses form Timpson, the shop we know today.”

But there are a few coincidences, “When we started writing, we wanted to do it in Victorian London because it’s a really interesting period, and we didn’t know that was when Timpson was actually formed.  William Timpson, X3 Great Grandfather of James Timpson started the company and his portrait is in the show.  We had no idea he existed.  There are lots of little things in the show which have a connection by coincidence, but really most of it is made up.”

The group had always planned to take Timpson The Musical to Edinburgh Fringe, but first they needed permission to use the Timpson name, “I emailed James Timpson and asked if we could use the name to take a musical to the Fringe.  He replied really quickly – he used to go the Fringe and work there, he thought it was a fun idea and said yes straight away.”

“Our first ever show was to an audience of Timpson employees.  That was one of the most wonderful audiences we have performed to, because they were so on board with it, and it was a great way to start the show process.  They’ve been coming ever since – lots of Timpson employees came to see it in Edinburgh.”

“They have been unbelievably welcoming, and I don’t think the show would be where it is at all without the Timpson family”

That isn’t where Timpson’s involvement ended, they became supporters of the show including backing the Fringe run financially, “They have supported us in every way possible, transporting set in their vans, giving us aprons to wear, and putting up our posters in their shops, they have done an amazing amount for us.  They’re such a lovely company to work with, so supportive and generous and anything they could do to help they have.  They have been unbelievably welcoming, and I don’t think the show would be where it is at all without the Timpson family.”

Taking the show to Edinburgh Fringe wasn’t easy though, “The biggest challenge was being involved in so many different things, I never anticipated all the different components that go in to staging a musical.  Marketing at the fringe, you need to have a good presence, and stand out from the other shows.  The Timpson branding and big shoes on our heads helped!”

But it wasn’t all hard work either, “Living in a house of actors and creatives normally would be a tense environment, but we all got on really well and that helped the show.  Having that on stage dynamic, and the fact that we were all such great friends adds to the show.”

The hard work did pay off, “I was really proud of the show, I didn’t think it would get picked up by the press the way it did.  It was really nice, I don’t think any of us had had reviews like that before – it was amazing for all of us.  Now it’s coming to The King’s Head as part of a tour, including Brighton Fringe, then hopefully back to Edinburgh Fringe for one last run. The King’s Head have been supportive, it’s a really good venue for new musical theatre, and feels like the right next step for us.  The fact that it’s running for three weeks is also really exciting.”

“I’m hoping I can get back and forth to Warwick for lectures!”

For Sam, who also stars in Timpson The Musical, it’s going to be a busy year, “we’ve got intensive rehearsals, then the King’s Head before we get in to the tour, I’m hoping I can get back and forth to Warwick for lectures!”

When Sam finishes university, he has his heart set on becoming a writer full time, but if it takes a little while to pen another success, what else might he do? “I know everything about Timpson now!  They do some great things for their employees, lots of charity work, and their head office is like a mini theme park, so I think I would quite like to work for Timpson!”

Timpson The Musical is at The King’s Head Theatre 18th February to 9th March 2019.