Twenty years on from its acclaimed premiere, starring the late, great Pete Postlethwaite, just weeks after the world-changing events of 9/11, Scaramouche Jones, written by Justin Butcher, returns to the London stage.   Translated, produced, and performed all over the world, this tale of an absurd everyman wandering through the fields and fortunes of wars, disasters, collisions and exile speaks as poignantly as ever to survivors of the 21st century.

Justin Butcher returns to the role he first performed to great acclaim at the Assembly Rooms, at the 2008 Edinburgh Fringe, directed by Olivier-Award winning director Guy Masterson, along with the original multi-award-winning creative team. This epic piece of storytelling theatre opens at the fin de siècle stage of the world’s oldest music hall, Wilton’s Music Hall on the 15th June and runs until the 26th June.

The curtain rises at 11pm on Millennium Eve as the centenarian clown, Scaramouche, breaks fifty years’ silence to give his final performance charting a bizarre odyssey through crumbling empires, comic misadventures and the 20th century’s darkest episodes. He raises his seven white masks to reveal the loves, brutalities, ecstasies and tragedies.

His extraordinary fortunes begin with his birth at midnight on December 31 1899, a strange, pale, white-skinned “oyster” who popped out of his Gypsy prostitute mother in a fishmongers’ shop in Trinidad.  Scaramouche’s tale unfolds in events bizarre, comic, epic, tragic – laced throughout with the consummate wit of the circus clown. 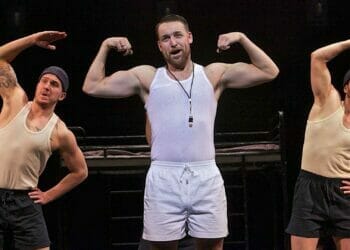 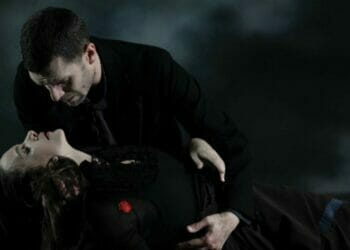 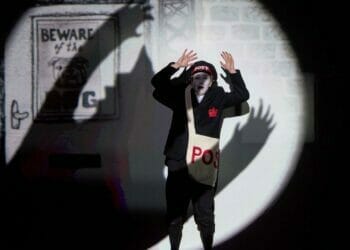 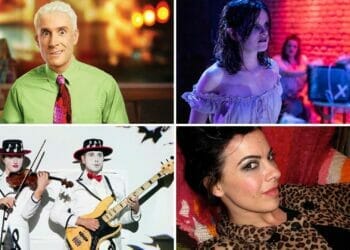 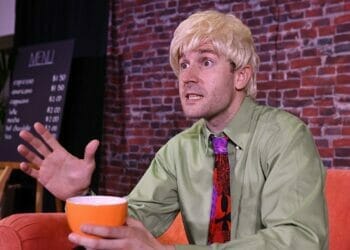 Review: FRIEND – The One With Gunther (Online)