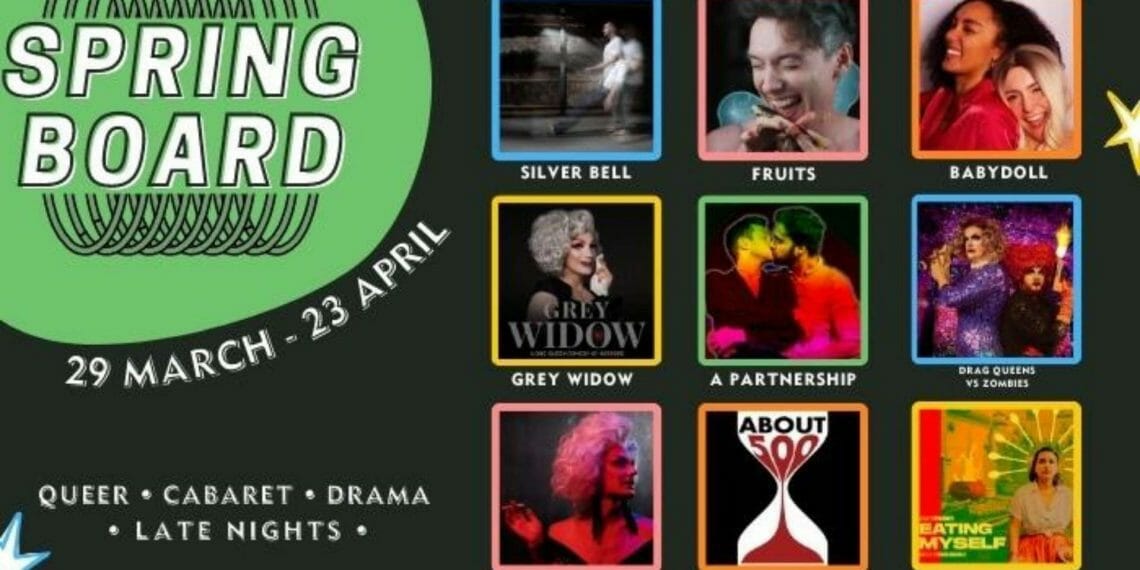 Co-Artistic Directors Mark Ravenhill and Hannah Price, Producer Sofi Berenger and the whole team at the King’s Head Theatre, announce the first details of The Springboard Festival: a festival for shows that lost a performance slot after the cancellation of VAULT Festival, and for companies that were impacted due to the pandemic.

The Springboard festival will see some of the best early career companies from across the capital and beyond given the chance to perform their shows on the world-renowned Islington pub theatre’s stage from 29 March – 23 April 2022. Springboard will be a festival of work across genres and forms, including cabaret, drag, political and personal drama and comedy.

With 87% of shows created by, or telling the stories of LGBTQ+ people, the season reflects the King’s Head’s commitment to exploring the many diverse stories and artists that make up the LGBTQ+ community.

Shows announced so far are:

Tickets from £10 are on sale now via https://kingsheadtheatre.com/whats-on

Producer Sofi Berenger said, “Spaces like VAULT Festival, the Kings Head and London’s Fringe Theatre scene at large are crucial for artists to create new work, embark on creative ventures, and highlight new stories, by new artists, across genres, forms and disciplines. I’m delighted that my first season at King’s Head Theatre will feature a Queer-led festival facilitating just that. Our doors are open to everyone making work in every way and we’re delighted to welcome you to it too.”