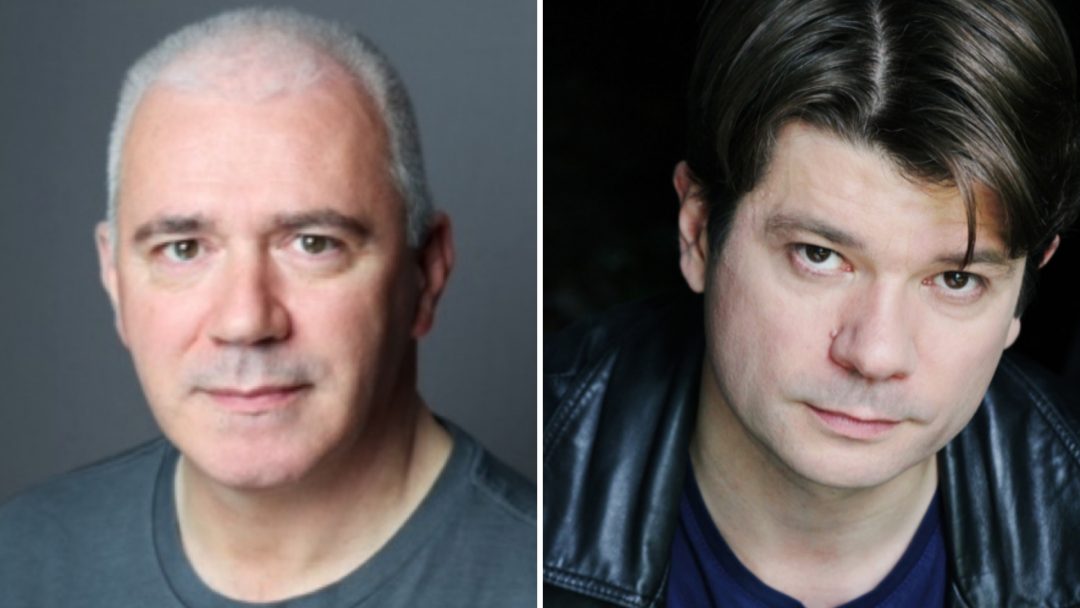 James O‘Donnell directs Paul Lloyd, Matt Dunphy and Nick Danan in Owen McCafferty’s award-winning play, Quietly, a visceral and powerfully compelling work from one of Ireland’s leading voices in theatre. Quietly is running as part of the mini-season of Irish plays at Clapham Omnibus and will be performed in the theatre bar.

Quietly is coming to Clapham Omnibus, what can you tell us about it?

Nick: This is a multi-award-winning play set in a Belfast bar. It is about two men trying to come to terms with a devastating crime one of them committed when they were young. These two men, under the watchful eye of a Polish barman revisit the past in an attempt to escape it. It is a powerful and moving play about violence and forgiveness.

Paul:  It is a wonderfully understated piece of writing that deals with many issues – the ability to forgive and move forward and men’s inability to show their emotions. But more than that – it’s a cracking story.

What do you think the challenges will be of performing in the theatre bar?

Paul: Given that the play is set in a bar, the challenges are diminished somewhat. There are some technical challenges with lighting and sound but we’ve got a fantastic technical team on board who have it all under control.

Nick: To be honest I’m really looking forward to it! The environment will be very real and immersive as the play is set in a bar and that is where we are doing it. The audience will be able to see the whites of our eyes. I absolutely promise that there is no audience participation though! The biggest challenge will be for our production team who have to turn the bar into a performance space. They are an extremely talented group of people though and this is grist to the mill for them.

Paul: Jimmy is a complex man whose life was changed utterly by an event that happened when he was sixteen. Since then he has tried to move forward. He is emotionally volatile and unsure as to how to deal with these emotions. The meeting that happens in Quietly is part of his attempt to come to terms with the past.

Nick: Ian is a man who cannot look himself in the eye. For decades he has been plagued by guilt. Like Jimmy his whole life has been defined and blighted by one terrible, terrible act. Ian needs a way out. He has no idea what will happen when he meets Jimmy, but he is prepared to take huge risks for the chance to escape the past.

What do you enjoy most about Owen McCafferty’s writing?

Nick: The writing is taut and riveting. It is deceptively simple with layer upon layer of hidden emotion, intention and agenda that come to the surface in very memorable ways. There is not one moment of flab in this entire piece and it serves actors brilliantly. It allows me to lock eyes with my fellow cast and let the unexpected happen.

Paul: Owen’s writing absolutely encapsulates the way men of a certain age communicate (or don’t communicate) and he brilliantly captures the tune of the language of Belfast. The play is very tightly written and although it runs at just over an hour, it manages to deal with huge issues.

How have you and the rest of the cast been getting to know each other?

Paul: We’re very lucky in that some of us have known each other for over 15 years. Three of the Strange Fish Company met while performing in the original production of Martin McDonagh’s Lieutenant of Inishmore. Over the years we worked together again and eventually formed Strange Fish at the beginning of 2017.

What would you say to anyone thinking of coming to see Quietly?

Nick: I truly think this is one of those plays you’ll never forget. I will always carry the feeling of seeing “Jerusalem” for example and I think Owen’s play has got the same capacity to live in your bones. We are part of an Irish festival at Omnibus and we have a 9pm start but we have a running time of about 70 minutes so you’ll be finished at normal going home/to the bar time. It gives you plenty of time to get something to eat beforehand too. Feel free to stay behind for a chat too if you fancy it.

Interview: Lizzie Nunnery on To Have To Shoot Irishmen