Thirty five years since its first performance, Kevin Elyot’s Coming Clean has been revived at The King’s Head Theatre, directed by Adam Spreadbury-Maher. This is Elyot’s first play and it seems fitting that it should be running at the same time as his final work, which is just down the road at The Park Theatre.

For those familiar with Elyot’s work, Coming Clean reads a little like a first draft of his seminal My Night With Reg. The themes, and even some of the characters, are broadly similar, but in production, it comes in to its own; tackling difficult issues and laying them bare in unflinching style.

Set in a Kentish Town flat, Tony and Greg are approaching their fifth anniversary and with the help of friend, William, plans are in place to celebrate. It’s clear that the relationship has problems; the couple have never been faithful to each other but as long as both stick to the rules, it’s not an issue.  Then, the arrival of a new cleaner, Robert, exposes the real flaws in the relationship.

The attention to detail in the staging is quite remarkable, from old vinyl records to the Sony Walkman clipped to Roberts stonewash jeans, no detail has been overlooked. For such a small theatre, it’s an accomplishment to faithfully recreate a 1980’s flat filled to the brim with authentic items.

Even the author would probably have agreed that the plot is fairly thin, with more dialogue than is strictly required, luckily a strong cast pick up the slack. Tom Lambert, making his London debut, superbly brings a cool and calculated twist to the character of Robert. It is Elliott Hadley, however, who shines as the flamboyant William, bringing a very endearing flair to the role.

As Elyot’s first play, Coming Clean is a fascinating precursor to the genius that would follow. For those of us lucky enough to see this production, it’s a glorious jaunt back three decades, faithfully recreated with brilliant set design and meticulous direction. 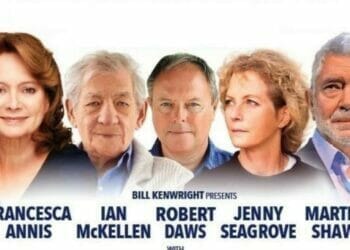 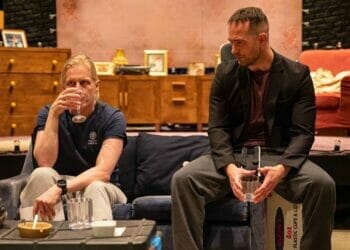