In many ways the pandemic has been a disaster for the performing arts, what with closed theatres and furloughed actors and crew forced to ply their trade on other stages, such as care homes and supermarkets.  There has been one saving grace, however, and that has to be the way in which so many production companies have started using digital technologies in creative and imaginative ways to bring their dramatic output to an online platform.

Department Story produced by the innovative company Big Telly, is just such a case in point.  As a test for a new digital theatre platform Remote Control, the performance gives a new meaning to the phrase online shopping.  The action on various floors and departments of the store is viewed as if through several different CCTV screens, each offering a different perspective and thus subverting the traditional front-facing stage format.  With the opportunity to flick between the different screens in close up, the audience is offered an even greater interactive experience.

The audience chat function also works well as comments made can help you decide which screen to flick to next (or which ones to avoid!)  There is also a bit of fun to be had when at different times during the performance, the audience is asked to vote on whether they’d like to see a particular element added to the action, be it a flickering light, a blizzard or a dancing mannequin.  Of course, the audience is never actually in control at all with the features being locked before they are ready to appear but it is a clever technique to encourage audience participation.

The strength in Department Story lies in the way it engages with digital technology.  The interactive element may have limited functionality and as the pre-show publicity admits, this is a testbed performance for the online platform but it augers well for the future of digital theatre.

The action itself is actually surreal and slightly baffling.   Named, presumably, in a nod to the film ‘Toy Story’, the plot appears secondary to an excuse for the cast (who looked like they were having so much fun) to shriek, cry and engage with physical  comedy as well as pull at your heart strings.  There are vague digs at topical issues, such as consumerism and the demise of department stores themselves,  the need for escapism and turning theatrical traditions on their head, but these are never really developed and don’t appear to be the point of the piece.

Department Story is not just a theatrical production in the traditional sense of the word.  Instead, it offers the opportunity for the audience members to have a truly unique experience, depending on how they interact with the screens and the varying comments made by the audience at each showing.  It may make no sense to the seasoned theatre-goer but it just may be a taste of things to come.

Department Story is available to view online until 31st October 2021 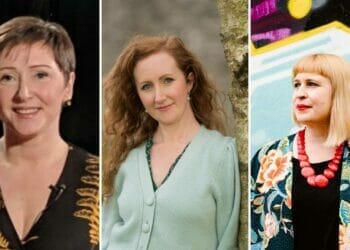 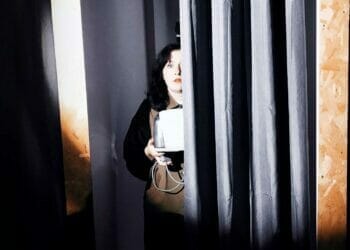 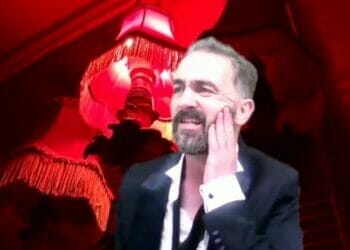 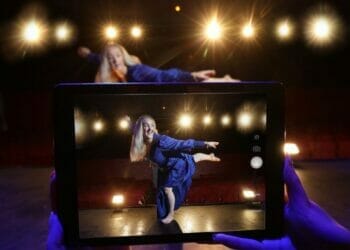 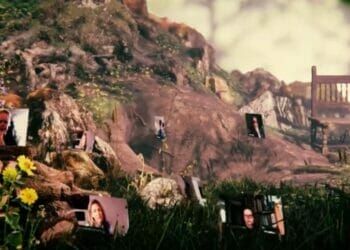