Grief Is the Thing With Feathers. c. Colm Hogan

Director Enda Walsh has very cleverly breathed poetic prose on to stage in this production of Grief Is The Thing With Feathers adapted from Max Porter’s award-winning novel of the same name. Starring Cillian Murphy of Peaky Blinders fame, this play is a spellbinding, visual treat with as stark a portrayal of grief as any.

Murphy plays a widower, simply known as Dad, with two young boys just old enough to comprehend the death of their mother. A Ted Hughes scholar, the notorious Crow begins to invade both his mind and his home, to the extent where they are one and the same person, each played by Murphy.

Casting the crow and the dad as one actor was an excellent decision. Not only does it cleverly draw on death symbolism and themes of an interlinked human and animal world, but also the way in which Murphy flits between a bereaved, anxious dad and a squawking crow truly captivates; evidence of a highly skilled actor. Murphy inhabits the latter by hopping from foot to foot, arms bent and held behind his back like wings, hood up and voice distorted. It’s engrossing to watch.

The whole thing is visually and aurally impressive, with voice-overs, flashing lights and countless different projections onto the back of Jamie Vartan’s set. Sometimes this a scratching of crow’s writing on the wall; other times, it’s a video of long-passed-away mum. The magic surrealism at play, translated from the book through these multimedia effects, make for a beguiling 90 minutes.

Having said that, at times, the production takes this multimedia element a little too far, overdoing it with the sound and visuals until it becomes more like an assault on the senses. Fine, perhaps this is the intention – after all, grief knows no bounds when it comes to invading everything we see, hear and touch. However, really the best moments of the show were the quietest ones: Murphy gently recalling moments of joy with his wife, or his children dressing him after months spent in a dressing gown.

Throughout, the sons – David Evans and Leo Hart – continue life in mourning in the background, clad in PJs and moving from the bunk-beds, to the toaster, to the TV. But this really is a one-man play, and Cillian Murphy is astoundly good in the job.

He will be the reason many flock to see Grief Is The Thing With Feathers, and so they should. For any imperfections of the production, Murphy continually soars.

Anna is a journalist with an everlasting love for the theatre. She’s particularly interested in new writing and female-led productions. Other publications she writes for include Time Out London, Red, Refinery29, ELLE, Harper’s Bazaar and Digital Spy. 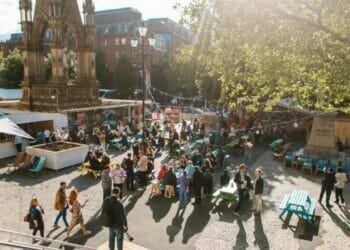 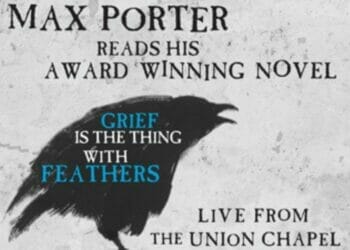