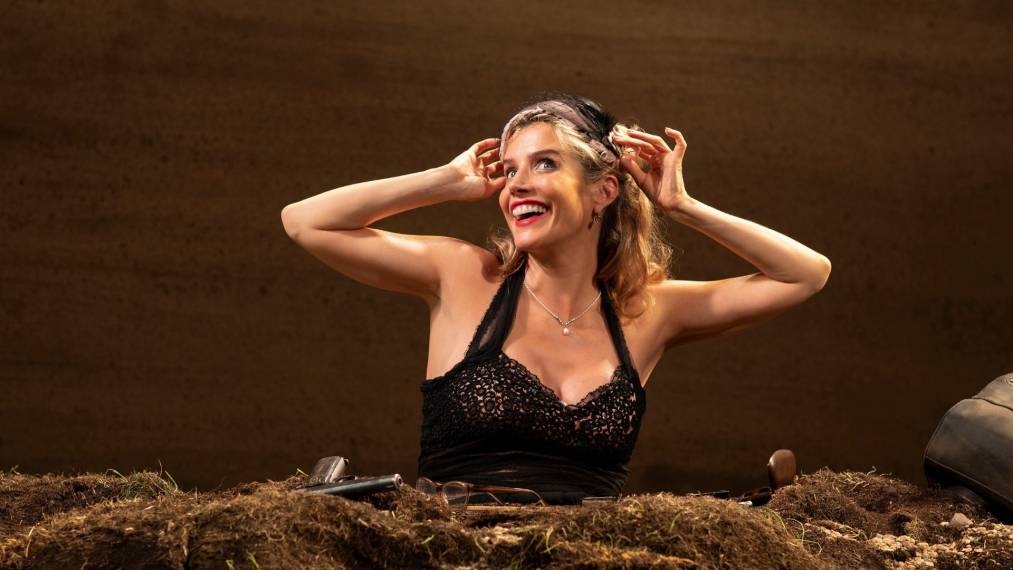 Hammersmith’s Riverside Studios will always be intrinsically linked to the Irish playwright Samuel Beckett, it is after all where Waiting For Godot was first rehearsed, and then performed for school children before heading off to Australian shores.  It’s fitting then, that as Riverside Studios reopens following the pandemic, it hosts at its first offering, the 60th anniversary production of Happy Days, one of Beckett’s most revered plays.

Happy Days is typically Beckett in every sense, old style some might say, with a storyline that revolves around Winnie, a woman buried to the waist under the blazing sun. A strict routine passes the time between the ringing bells which indicate when it’s time to sleep and wake, yet she remains upbeat, “oh this is a happy day” she proclaims to the ether as much as to hen pecked husband Willie (Simon Wolfe), who appears occasionally, and briefly, from behind Winnie’s imprisoning mound to read aloud the newspaper headlines.

Beckett tells us this story in two acts to reflect the passage of time, and is so often the case in life, the latter act holds less joy than the first, Winnie’s fixated smile noticeably absent from her now gaunt face. Like a bird with clipped wings, forever attached to the earth beneath her but dreaming of being elevated to the bright sky blue above.

We’re told that at one point a passer-by (Mrs Shower, or was it Cooker?) questions the strange situation, but this is a play that does not give answers, and neither does Winnie. The fact that Winnie herself never questions her dilemma, or ponders why she finds herself tethered to the earth in such a bizarre manner, says a great deal about Beckett’s intention for this play.

Willie barely speaks for the entirety of the play, so Happy Days becomes far more of a monologue, with Winnie waxing lyrical about day to day existence, often harping back to happier times. Lisa Dwan brings us a Winnie once glamourous but now faded by more than the sun.  Dwan’s masterful grasp of the language, and the plays on language that Beckett so famously employs, is hypnotic.  In Dwan’s hands the poetry of the writing really shines through.

With Trevor Nunn directing, then perhaps it’s no surprise that this anniversary production of Happy Days looks and feels sumptuous.  The vast panoramic portrait that is painted by designer Robert Jones sears with the heat of a forbidding landscape, and Tim Mitchell’s lighting creates wonderful effects, particularly in the final scene.

Happy Days, as is always the case with a playwright like Samuel Beckett, will not be to everyone’s taste, the abstract and complex themes often threatening to bury everything else.  But this is an accomplished production, with an astonishing lead performance from Lisa Dwan that has to be seen to be believed.

Happy Days is at Riverside Studios until 25th July 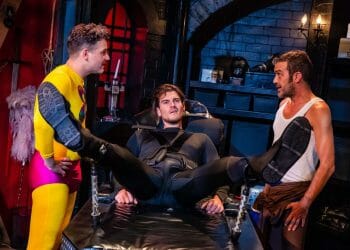 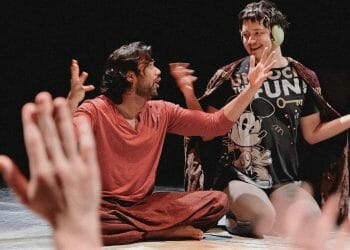 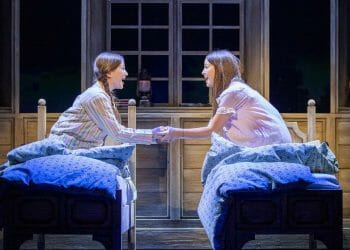 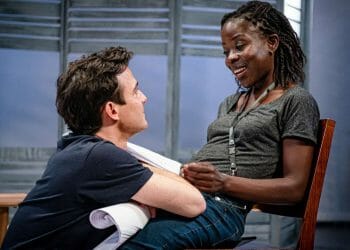 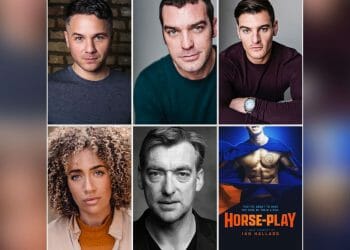 Full Casting Announced For Horse-Play at The Riverside Studios 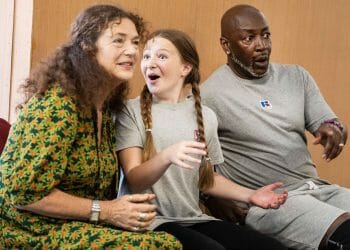