"an outstanding piece of theatre"

Samuel Bailey’s Shook caused quite a stir of excitement when it won the Papatango New Writing Prize in 2019, further heightened by an acclaimed run at Southwark Playhouse.  In early 2020, the play was slated to make a West End transfer, but the closure of theatres meant that never happened, and while audiences were denied a chance to see it at Trafalgar Studios, it has at least found a home on the digital stage.

Director, George Turvey, reunites the cast from the original run, creating a version of Shook that was filmed during the pandemic.  It’s allowed the production to be more than an archive recording, embracing the opportunities that come with filmed productions, while maintaining the important theatrical elements of this stunning play.

Set in a young offender’s institution, three teenage fathers take parenting classes from new teacher Grace (Andrea Hall).  They each have their own reason for being there, though their deeper motivations may remain hidden from their classmates.

The three characters, very deliberately, represent the stereotypical figures we would probably associate with such a setting.  Jonjo (Josef Davies) is the quiet, stammering newcomer who startles everyone with the revelation of just how violent his crime was. Riyad (Ivan Oyik) is the unofficial leader of the group, the ‘top dog’ who is cleverer than the others give him credit for.  Completing the line-up is Cain (Josh Finan) a Liverpudlian who talks at the pace of a hundred miles an hour, with the energy of a puppy dog, and conceals his own insecurities behind bad jokes.

Any hint of stereotypes quickly fade however, as Samuel Bailey’s taut script delves deep in to the lives of these young men.  Initial conversations focus on whether paternal instinct can be learnt, but soon turn to a wider examination of crime and punishment.  There are moments which will draw you in closer to the screen, challenging you to really question your own judgements and preconceptions.

There are other times in Shook that will surprise you for their humour, despite the subject, Bailey has found space for real levity, the kind that gets you through the darkest days.  The bulk of this lighter material comes from Josh Finan’s Cain, with these astoundingly long, but quick-fire, speeches that are tremendously witty.  That said, it is Cain who perhaps develops most as a character, his early jostling for the unobtainable alpha male position gives way to fear and anger, eventually leading to a final monologue that is superbly delivered by Finan.

The connections between the characters are intricately woven, you see it most between Davies’ Jonjo and Oyik’s Riyad, the latter of which helps us to forget these are criminals, allowing us to see them only as teenagers trying to survive the only way they know how.

The classroom set with bars on the windows give a sense of confinement, but George Turvey’s direction opens up the themes, and shines a light on the tremendous writing.  By creating a filmed version, Shook feels more intimate, and with that, breathtakingly poignant.  But it retains a sense of being a piece of theatre, indeed, an outstanding piece of theatre, and one which many more people will now be able to enjoy.

Shook is available to stream until 28th February 2021, tickets are on sale here

Shook by Samuel Bailey c. The Other Richard 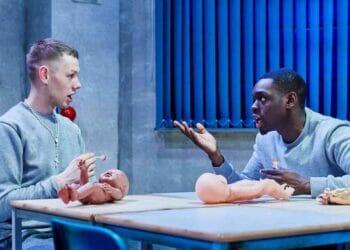 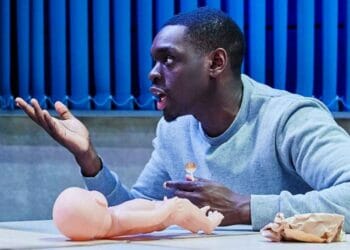 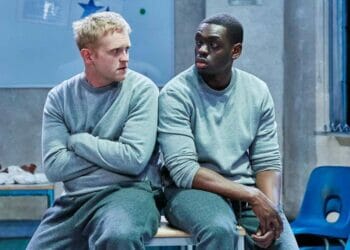 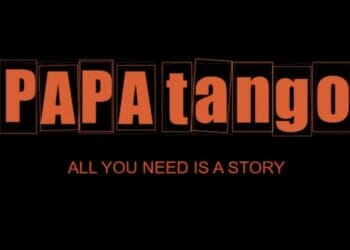 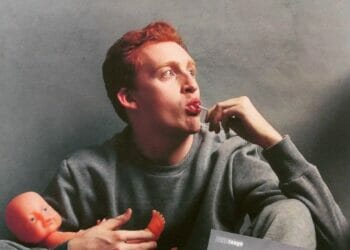 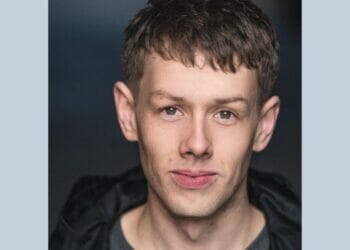