Mike Bartlett’s latest play, Snowflake, makes its first appearance in London following its premiere at Oxford’s Old Fire Station last Christmas.  With a village hall on Christmas Eve as its setting, and examining the relationship between an estranged father and daughter, this play captures so much of what the country is feeling right now and, distils it to its purest form on the stage of the Kiln Theatre.

Andy hasn’t seen or spoken to his daughter for three years, but there’s a chance she’s coming home for Christmas.  In an attempt to provide neutral territory, he’s hired the village hall and decorated it in the way he thinks will appease Maya.  The first act is entirely in monologue form delivered by Elliot Levey as Andy, he’s planning exactly how the reunion will go, based on his own assumptions of how the separation occurred.

But the arrival of Natalie upsets his carefully made plans.  In what first appears to be a Christmas miracle, Natalie teases out of Andy the real reasons for Maya’s departure and helps him realise that he’s living in the past, something we’d already worked out from his choice of music and references to Terry & June.  Natalie seems to speak for her generation, and Andy finds it hard to accept that someone so young could be capable of forming meaningful opinions.

The setting of a village hall acts as neutral territory for the audience too, there’s a Christmas tree but there’s no sense of this being a family home.  The emotional connotations we have for the time of year are swept aside in favour of the overtly political discourse, and Jeremy Herbert’s exquisite set design picks up on even the smallest of details.

In her direction, Clare Lizzimore has very cleverly made the two acts feel completely distinct from each other.  The first is filled with misguided introspection, while the second opens up wounds and forces all of the characters facing up to difficult truths.

The first act is beautifully performed, the second is brilliantly written, pulling the audience in two different directions at once.  Just like the characters we can see the different points of view, we can see how they clash and contrast but we struggle to see how they can ever coexist.

Elliot Levey gives a strong and confident performance as Andy, which works well with Amber James’ Natalie.  Ellen Robertson joins the pair later as Maya, and succeeds in giving the character the millennial/gen Z attitude that Bartlett was so clearly trying to achieve.

The late arrival of Maya leaves very little opportunity for further exploration of the themes, and while it may be wishful thinking on the part of the audience, everything seems to get wrapped up neatly pretty quickly.  However, Snowflake is still a fascinating look at society today, and whether its Brexiteer vs Remainer, old vs young, liberal vs conservative, it shows just how wide the chasm between us all has become. 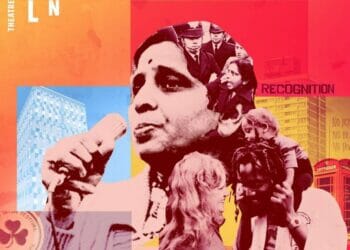 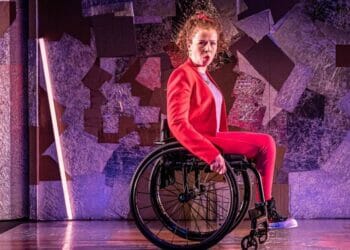 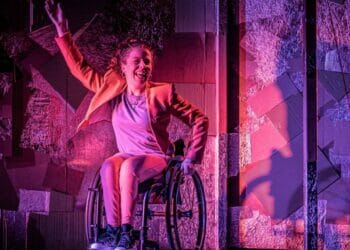 First Look: Reasons You Should(n’t) Love Me by Amy Trigg at Kiln Theatre 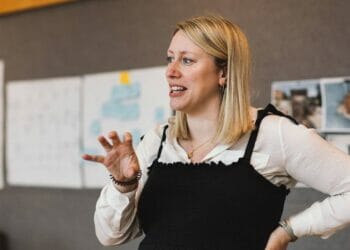 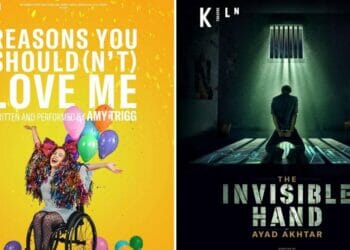