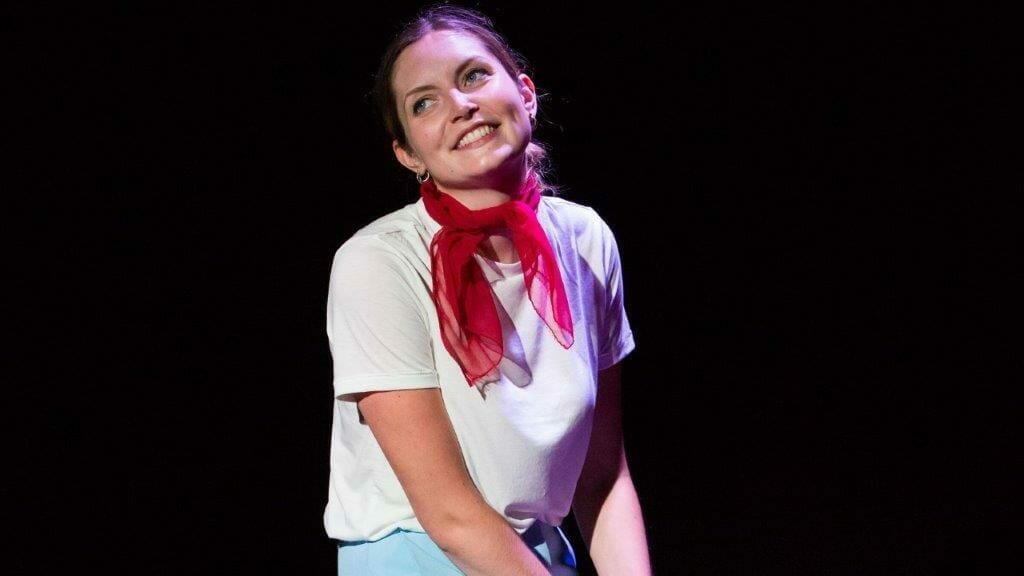 You might not instantly recognise the name Nicola Wren, but she’s a Superstar, or at least that’s what she was always told when she was growing up.  Back then of course her name was Nicola Martin and as the youngest of her siblings, already felt that she was living life in their shadows, so when older brother, Chris, hit the big time as the front man of Coldplay, forging out her own path became all the more difficult.

Nicola Wren’s Superstar ran for the month of August at The Edinburgh Fringe Festival and has now secured a four-week run at Southwark Playhouse.  It’s a testament to Wren’s writing and performing ability that such a coveted transfer has been possible.  The show has been updated, and to some extent, overhauled since its Fringe outing, but still retains the key elements which make it such a compelling watch.

In Nicola’s own words this is a ‘completely honest’ show, and while she would shy away from branding it as any kind of therapy, no one can deny that she lays herself totally bare in this seventy-minute one woman show.

As the youngest sibling, Wren tells us how she felt the need to find her own ‘thing’, which turned out to be acting.  We get little recreations of her first starring role in the local pantomimes, and the school production of Anne Frank, but between these vignettes Wren outlines the feelings and emotions that accompanied each performance, and the need she felt for her sibling’s approval.

Superstar is an incredibly physical and engaging performance piece; Wren is rarely still and is often seen throwing herself around the stage or across the floor.  But what makes it most captivating is the intimacy she creates with the audience, as if she was telling you this story one on one, over a Saturday morning coffee.

The changes that have been made since Edinburgh make it more of a performance, utilising the space of Southwark Playhouse’s The Little well.  But it also becomes a deeper introspection, with many of Wren’s choices and actions painfully agonised over, and while it is at times extremely poignant, it is also a very funny and well-crafted piece of comedy, Wren is literally inviting us to laugh at her before we can come to laugh with her.

Nicola Wren may be the youngest sibling of Coldplay’s Chris Martin, but she is in herself an exceptionally talented writer and performer.  In this show she asks us to question how we define ‘success’ and how we measure our own self worth, and that makes Nicola Wren and Superstar truly inspirational.

Superstar is at Southwark Playhouse until 21st December 2019.