The highly anticipated West End season of Sunday in the Park with George, starring Academy Award nominee Jake Gyllenhaal and Tony® Award winner Annaleigh Ashford has postponed its season in the West End until further notice, following the temporary closure of theatreland this spring.

Presented by Ambassador Theatre Group Productions, Riva Marker and Jeanine Tesori in association with New York City Center, this celebrated production of Stephen Sondheim and James Lapine’s Pulitzer-winning masterpiece, directed by Sarna Lapine will rebook performances at the Savoy Theatre, London next year, with specific dates and details to be confirmed in due course.

On Sunday 26th April Annaleigh Ashford and Jake Gyllenhaal took part in an all-star concert to celebrate the 90th birthday of Stephen Sondheim which was streamed live on Broadway.com. The concert also raised money for the arts charity, ASTEP (Artists Striving to End Poverty), which seeks to helps underserved communities in the US access the performing arts. It raised over 260,000 dollars and the concert received over 1 million views in just 24 hours.

Current ticket holders for the postponed 2020 engagement of Sunday In The Park With George will be contacted shortly by their ticket provider with regard to priority access to the future engagement.

The beautiful and transformative revival began at New York City Center, it then transferred for a sold-out limited season at Hudson Theater on Broadway where it was met with universal critical and public acclaim.

Preview: The Chicago Blues Brothers at The Savoy Theatre

Sunday in the Park with George follows painter Georges Seurat (Jake Gyllenhaal) in the months leading up to the completion of his most famous painting – A Sunday Afternoon on the Island of La Grande Jatte. Consumed by his need to “finish the hat”, Seurat alienates the French bourgeoisie, spurns his fellow artists, and neglects his lover Dot (Annaleigh Ashford), not realising that his actions will reverberate for the next 100 years.

Jake Gyllenhaal said: “We are, of course, disappointed to postpone our upcoming season, but know that safety is a top priority and science must lead the way. London’s West End is incredibly special to me, and it will be an absolute honour to return to the stage so we can eventually share Sunday In The Park With George with audiences in 2021.”

Annaleigh Ashford said: “As we all do our part to make the world a safe place for ourselves and our neighbours, it is with a heavy heart that this production of Sunday In The Park With George is postponed. I believe at the end of this storm, we will be together again in “our perfect park” on a beautiful Sunday. ”

James Lapine & Stephen Sondheim write: “We are happy that despite having to postpone the imminent production of Sunday In The Park With George, London audiences will eventually get to see Jake Gyllenhaal and Annaleigh Ashford reprising their wonderful performances alongside a terrific British company.” 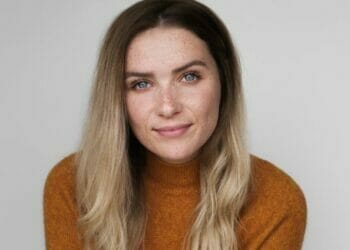 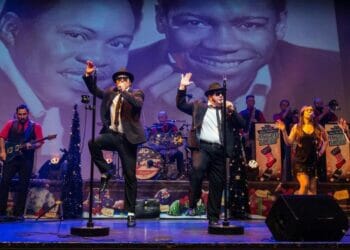 Preview: The Chicago Blues Brothers at The Savoy Theatre 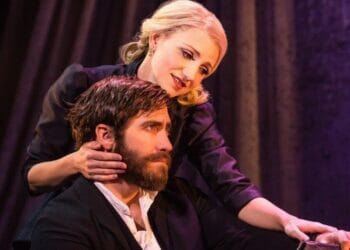 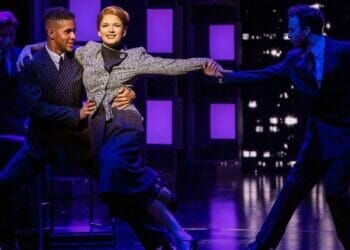 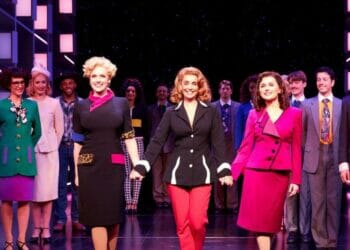 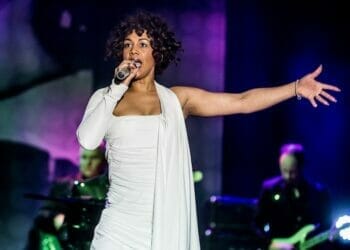 Preview: Whitney – Queen Of The Night at the Savoy Theatre