The Hermitage Artist Retreat (Andy Sandberg, Artistic Director and CEO), in collaboration with the Greenfield Foundation, has selected OBIE-winning playwright Aleshea Harris as the winner of the 2021 Hermitage Greenfield Prize, given this year in the artistic discipline of theatre. Harris will receive a six-week residency at the Hermitage and a $30,000 commission for a new work, which will have its first public presentation in Sarasota in 2023 in collaboration with the Hermitage’s presenting partner, Asolo Repertory Theatre (Michael Donald Edwards, Producing Artistic Director).

The Hermitage’s Artistic Director Andy Sandberg notes that Harris was selected by a distinguished jury that included jury chair Mandy Greenfield, a member of the Hermitage Curatorial Council and the Artistic Director of Williamstown Theater Festival (Massachussetts); Nataki Garrett, the artistic director of the Oregon Shakespeare Festival; and Robert O’Hara, an award-winning director and playwright, a 2020 Tony Award nominee for Best Director (Slave Play) and recently named as an artistic advisor to New York City Center’s Encores series.

“The silver lining of a time marked by a global health pandemic and the movement for long overdue social justice amidst a deep, political crisis, is that artists like Aleshea Harris will dream us forward—great artists have always led hearts and minds toward progress,” says Jury Chair Mandy Greenfield. “Alesha’s stunning body of work, including Is God Is and What to Send Up When It Goes Down, already distinguishes her as one of our most exquisite and fearless American playwrights. Her brilliant imagination, vast intellect, and innate theatricality guarantees a limitless future for her work and its impact. It was an honor to serve as a juror alongside distinguished theater-makers Nataki Garrett and Robert O’Hara. The Hermitage Greenfield Prize is a rare and special award that values and supports playwrights for their unique ability to reach and transform audiences. We celebrate Aleshea Harris, the finalists, the Hermitage Artist Retreat, and the Greenfield Foundation for the beautiful community it brings together with this prize.”

“Wow. This is tremendous. I am very surprised, and so honored – thank you,” Harris said upon hearing the news. “Knowing that the jury believes in my vision for this new work is the ultimate vote of confidence. I can’t wait to push up my sleeves and dig in.”

Aleshea Harris’s play Is God Is (directed by Taibi Magar at Soho Rep) won the 2016 Relentless Award, an OBIE Award for playwriting in 2017, the Helen Merrill Playwriting Award in 2019, was a finalist for the Susan Smith Blackburn Prize, and made The Kilroys’ List of “the most recommended un and underproduced plays by trans and female authors of color” for 2017. What to Send Up When It Goes Down (directed by Whitney White, produced by The Movement Theatre Company), a play-pageant-ritual response to anti-Blackness, had its critically-acclaimed NYC premiere in 2018, was featured in the April 2019 issue of American Theatre Magazine and was nominated for a Drama Desk award. Harris was awarded the Windham-Campbell Literary Prize and the Steinberg Playwriting Award in 2020. She has performed her own work at the Edinburgh Fringe Festival, Orlando Fringe Festival, REDCAT, as part of La Fête du Livre at La Comèdie de Saint-Étienne, and at the Skirball Center in Los Angeles. She is a two- time MacDowell Fellow and has enjoyed residencies at Hedgebrook and Djerassi.

Harris will receive her award at the Hermitage Greenfield Prize Dinner on Sunday, April 11, at 6 p.m. Following the success of the recent Artful Lobster: An Outdoor Celebration, this year’s Prize Dinner will be held outdoors at the John & Mable Ringling Museum of Art, catered by Michael’s on East. The dinner will be co-chaired by Flora Major and Ellen Berman. Capacity will be limited to accommodate safe social-distancing practices, and additional health and safety measures are anticipated for this outdoor event. Tables and sponsorships now available; additional information can be found under “Events” at HermitageArtistRetreat.org. 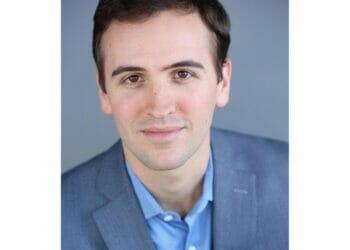 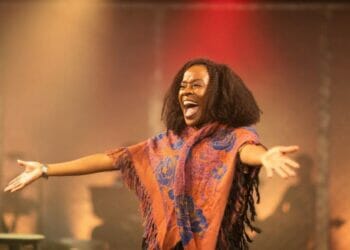 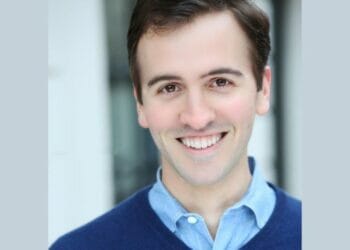 Interview: Andy Sandberg on Shida at The Vaults 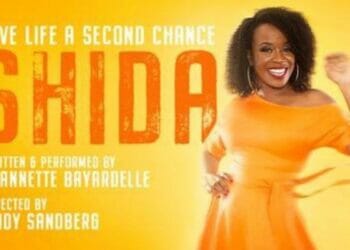 Off-Broadway SHIDA to Open at The Vaults