Edinburgh Review: All of Me at Summerhall

All of Me by Caroline Horton photo Ed Collier

All of Me is a one-woman show, written and performed by Caroline Horton at Summerhall. Caroline, a Fringe veteran, returns to the festival after a few years of a break joining forces with Alex Swift, the director of one of her previous shows, Mess which also premiered in Edinburgh in 2012.

Hence, this tried and tested duet should seem to know the Fringe’s audience and ambience. However, they deliver a show quite distinct from joyful and loud crowds scattered around the city, decorated with colourful posters. Truth be told though, the show is hidden behind the masque of playfulness as if the artist herself was perched between the beauty of theatricality and painfulness of reality. It is visually embodied by her costume – a sequin hoodie, oversized shorts, unflattering slippers and a ‘DEATH’ baby pink T-shirt.

However, an ironically funny beginning, during which Horton jokingly apologises about everything the show is not going to be, is deceptive and as the show progresses, it lays bare its more sinister and – literally – darker shades of mental issues and suicidality. Some of the jokes may seem forced and the persona of the artist sometimes appears quite overdrawn too, however understandably, this incredibly intimate story needs a performable framing. Thus, Herton composes something that she herself defines as ‘a myth’, comprised of various songs and anthems. Some of them are tedious, some very catchy but overall, a collaboration with composer James Atherton and sound designer Elena Peña fruits with a peculiar, disturbing experience that opens new possibilities of a musical.

All of the visual aspects of the show – the constantly changing lights, different costumes including Herton’s nudity, the position of the actress who climbs up the peculiar construction to lay down on the floor next – capture the variability of a mental condition.  The performance closes up with the words ‘Sometimes it’s lighter, sometimes it’s darker’, repeated all over again and it is indeed what happens on stage throughout the play. Even if pompous and a bit fustian at some points, the show is undoubtedly valid and needed at the Fringe. In defiance of the title and of the artist’s apologies (‘I’m sorry I made another show about me’), All of Me seems to be about all of us, striving to live but sometimes just really wanting to die.

Two New Versions of Caroline Horton’s All of Me Released 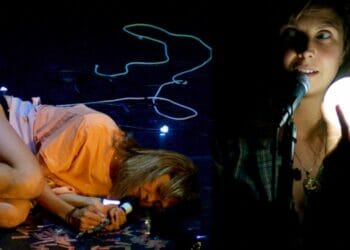 Two New Versions of Caroline Horton’s All of Me Released 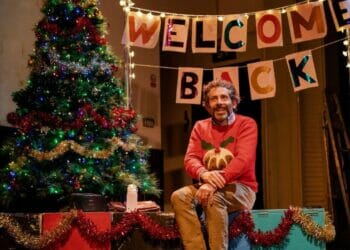 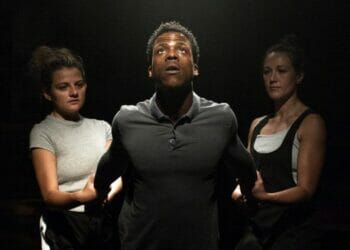 Edinburgh Review: On The Other Hand, We’re Happy at Paines Plough Roundabout Summerhall 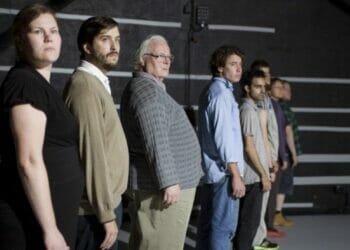 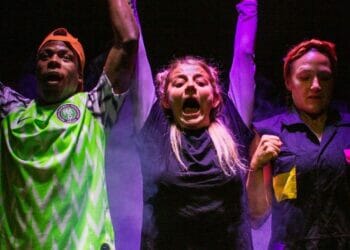