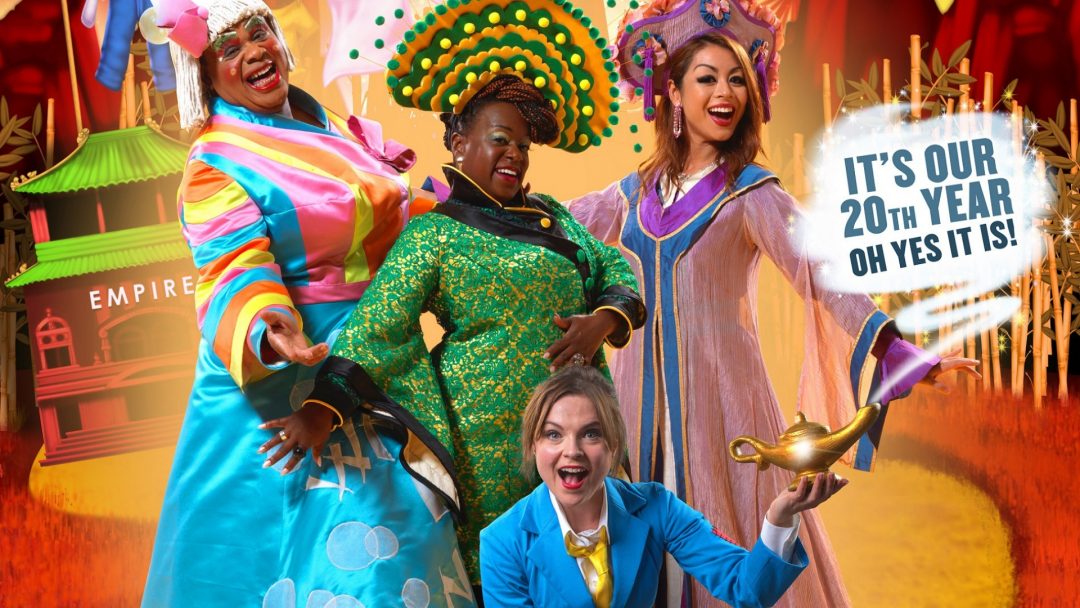 Gemma Sutton (Gypsy, The Rink) takes on the title role and will be joined by Julie Yammanee (Spamilton, Here Lies Love) as Princess Ling Mai and Empire regular Kat B as Genie of the Lamp.

As previously announced, Hackney Empire’s Olivier Award-winning Grande Dame of pantomime Clive Rowe will be making his Hackney comeback in the role of Widow Twankey. Last seen in 2015, Aladdin will mark Rowe’s 12th panto with the venue. There will also be a Hackney homecoming for Olivier Award nominated actress, television star and comedian Tameka Empson (EastEnders) who will return to play The Empress in her sixth Empire panto and following her last stage appearance 9 years ago.

The full cast includes Empire stalwarts Tony Timberlake as Abanaza and Tony Whittle as Sergeant Dumplin’, Natasha Lewis as Genie of the Ring, Alim Jayda as Dishi, Michael Lin as Constable Aki and Ollie Corbett, Jonathan Norman, Saori Oda, Jacqui Sanchez, Monica Swayne and Dale White in the ensemble. The production will also feature Sharon D Clarke as the voice of Gaia, The Goddess of Light.