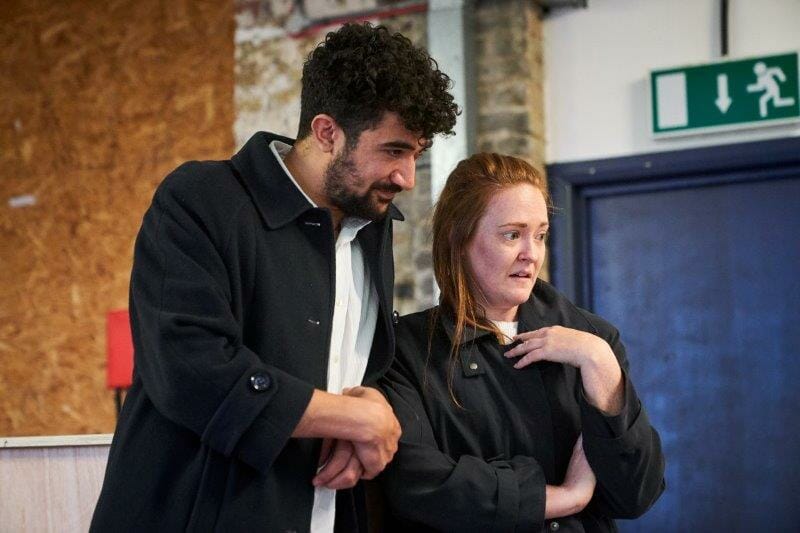 In this fast-paced new adaptation, Amanda Lomas explodes Knut Hamsun’s tale about a mind on the margins and, more than a century since the original novel captured the brutality of urban isolation, asks how much has changed. The production opens on 25 November, with previews from 20 November, and runs until 21 December.

You’re starring in Hunger at The Arcola, what can you tell us about it?

We’re a cast of 4 but we play around 30 characters between us. It’s an extremely fast paced play so I wouldn’t advise blinking. The themes of isolation, homelessness, desperation and individualism are as relevant today as they were when the book was written in 1890.

I play many characters that the Young Man encounters on this whirlwind journey, from The Editor to The Pawnbroker, from the Fishmonger to The Grocer. All these characters could offer a lifeline for the Young Man but it’s not always as easy as that. One of the most prominent characters I play is Hans, The Young Man’s best friend who has every intention of trying to save and support him but is he able to do it…

How did you go about researching all these roles?

Reading the original novel a few times was really helpful for research because it gave a sense of the whole world and fleshed out certain characters which only feature briefly in the play. Living in London, homelessness is something you inevitably think about every day but knowing I was doing this play made me hyper aware of homeless people but more acutely, people’s differing responses to those on the streets. Photography and paintings also formed a big part of the research and helps me have clear contrasting visual reference points for all the different characters.

What is the biggest challenge for you as an actor with this play?

Really finding the essence of each character. Finding what is essential in order to tell the story we want to tell with often very little text.

Has anything surprised you about the way Amanda Lomas has adapted the novel for the stage?

I think the humour coupled with the bleakness makes it a really exciting adaptation. It allows you to laugh and despair in equal measure at some of the situations The Young Man finds himself in.

What would you say to anyone thinking of coming to see Hunger?

Come and see it. There are moments to laugh, to cry and to despair and there’s one bit that will make you scream OUCH!! Hopefully it’s a play that shines an exposing light on city life which is better than a lot of that rubbish on tv around Christmas time.

First Look: Hunger at The Arcola Theatre in Rehearsal