Following a successful run at HOME, Manchester, Chanje Kunda’s Plant Fetish will have its London première and a UK tour.

Darren Pritchard directs Chanje Kunda in this one woman show. The production opens as part of the 2020 Vault Festival from 21-22 March, with previews at Oldham Coliseum on 10 March, before touring to Hull Truck Theatre, Bury MET, Salisbury Playhouse, Bernie Grants Arts Centre, and Pound Arts, concluding its run at The Holbeck on 28 June.

You’re bringing Plant Fetish to VAULT Festival as part of a tour, what can you tell us about it?

Plant Fetish is an autobiographical comedy show inspired by real like experience. It maps my journey to getting a Plant Fetish. It sounds absurd, but then also, life is absurd, and we take everything so seriously. Forget needing a bigger house, or a newer car, or a better partner, life is too short to be continuously disappointed

Well I was suffering with stress and anxiety and I discovered that plants reduce stress. So, I went nuts and started buying lots of plants. As a poet and performance artist, I follow al lot of other artists and I saw that some of them were performing in Australia at a Comedy festival, another person was ‘humbled’ that his poetry collection won poetry society book of the year. Another friend was in the Maldives in a white bikini showing off the new boobs her rich boyfriend bought her. I was at home buying plants. So, I thought, well I am going to post online what I’ve been doing. So, I started taking pictures of me with my plants and sharing them, which was very popular surprisingly. I then decided to make a show starring my plants. I took all my plants into a Gallery space as part of ‘Emergency’, Word of Warning’s Festival of contemporary performance.

How did you go about researching Plant Fetish?

It was by accident really that I learnt that some women in Mexico, that were fed up with men, were getting married to trees. The trees aren’t very talkative, but they are tall, do great things for the planet, and are renowned for the wood! I succumbed to the idea and fell in love with plants.

What have you learned about the show since the initial run in Manchester?

Even though it is a quirky show, a lot of people relate to it. I go on a series of disastrous dates with men, I start getting FOMO, despair at my bank balance… and then I discovered that you don’t need a bigger car, or a bigger house, or an impressive spouse. You just need a load of tropical plants to create your very own paradise. There is something about being surrounded by nature that makes you realise that you are also part of nature. That the world can be a beautiful place. Taking it a step further and starting courtships with plants is also quite fun! Lol

What are you looking forward to most about taking it out on tour?

I am looking forward to seeing how audiences in different cities respond to the show. I am a Mancunian so, I think it will be interesting to take my northern sense of humour around the country. I think it’s great to have a diversity of voices on stage and I think my show will be something different, unusual and hilarious for people to watch.

What would you say to anyone thinking of coming to see Plant Fetish?

I would say to anyone coming to see Plant Fetish, get ready for some deep belly laughs. It is hilarious, lot of fun, but it is also inspiring. There are some serious moments too though, because life isn’t funny all of the time. However, it is good to laugh at the absurdities of life too, embrace all of it. Anyway, I think the audience show take a leaf out of my book, buy some plants too and be transported into a vortex of flora and fauna. 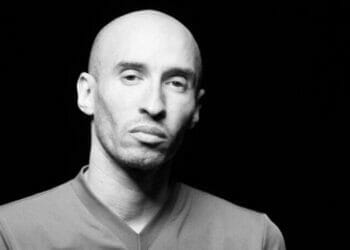