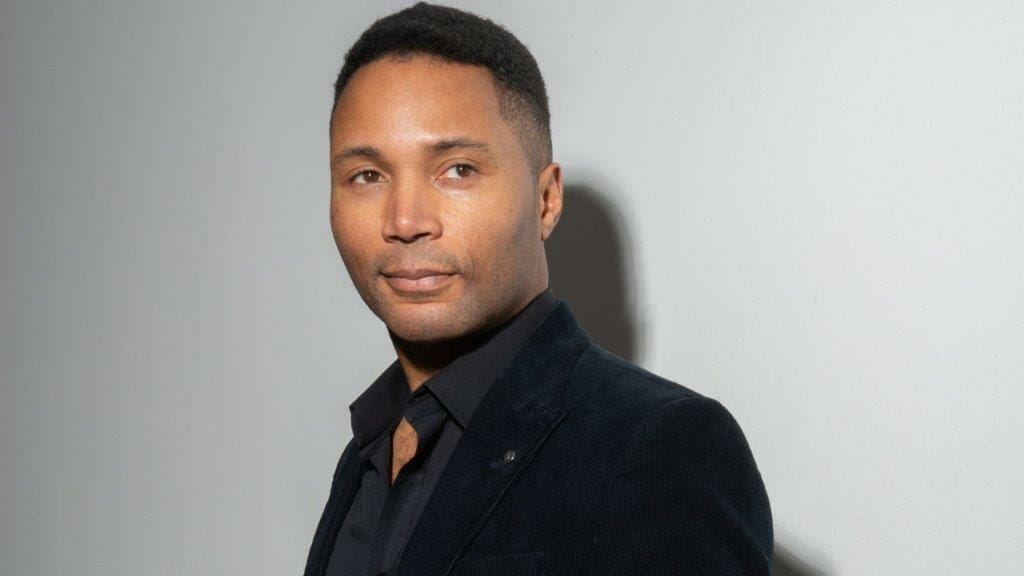 Adrian Grant founded the Visionary Arts Foundation as a direct result of his own experiences and opportunities in life, opportunities which led him to create a musical that has been running in the West End for eleven years, and has brought a diverse range of audiences to the theatre for the very first time.

The foundation, which advocates social change and debate through culture, media and the arts offers bursaries to young people to help them get their ideas off the ground, and for the second year will host the Visionary Honours Awards, an award ceremony based on social impact rather than talent.

When Adrian left college he knew he had a passion for creating, but couldn’t find a way to break in to the publishing or music industry, so he decided to forge his own path, “this was the eighties,” explains Adrian, “I was a big fan of Michael Jackson and Prince, there was a Prince magazine out there but nothing for Michael, so I spotted a gap in the market.”

Adrian asked Sony if he could start a Michael Jackson fanzine, and with a £1500 grant from the Princes Trust bought some desktop publishing software, “I didn’t know anything about publishing really, but somehow I managed to pull together the first edition and, as was this before the internet, I sold my first two hundred copies via mail order.”

The second edition sold 500 copies, and Adrian heard from Michael’s management company that the King of Pop himself loved the magazine.  The magazine continued to grow, eventually getting distribution in record shops and newsagents, then in 1990 Adrian was invited out to meet Michael, while he was recording his Dangerous album.

“I went out there and didn’t really know what to expect, he was the biggest star in the world, but he was really down to earth, I got to visit Neverland and, in the end, we became good friends.”

With the magazine continuing to grow in popularity, Adrian began staging an annual tribute show.  In 2001, Michael came to see it at The Hammersmith Apollo, “he really loved seeing people dressing up like him and singing his music, it was a big production with over 100 performers, and I thought at that time, instead of doing this just for Michael Jackson fans, there should be a stage show.”

It took a few years for Adrian to get the concept up and running, and while Michael’s management wished him luck, it was clear they didn’t think much of the idea. “I wanted to do a book musical, but I couldn’t get the grand rights, so the only way it could move forward was as a concert production, I hired the Dominion Theatre on a Sunday and invited potential investors and producers.”

The rest, as they say, is history, since 2007 Thriller Live has been seen by over 5 million people in 34 different countries, and will celebrate its 11th birthday at the West End’s Lyric Theatre this month. Adrian always believed in his passion project, even if those around him didn’t, “even my friends and family would mock me in the early days, and when Thriller Live opened in the West End there were critics who said should a show like this be in the West End?  But after all these years it appears the answer is yes, because it has brought people to the theatre who perhaps wouldn’t normally go.”

Adrian’s desire to affect social change comes from these experiences, “I think I got this from working with Michael Jackson, who had this vision of making a change, and I think that rubbed off on me. Also, I got help from the Princes Trust, so that’s where the idea of the bursaries came from, where we will be giving up to £5000 to young people aged 18 -29, for projects that have a social impact to them.”

The second strand to the foundation is the Visionary Honours Awards, “I’ve always been passionate about awards ceremonies,” says Adrian, “but sometimes they can be a bit self-serving, and we had it in the Oscars and now in the BAFTAS, where no black actors are nominated.  I didn’t want to award talent, but instead look at purpose, I wanted to award work that was making a difference, either on stage, or on screen, in front of or behind the camera, and totally inclusive.”

Adrian says that it was important to have a diverse panel of judges for this year’s awards, Award Winning West End Playwright Tom MacRae (Everybody’s Talking About Jamie), bestselling author Nikesh Shukla (The Good Immigrant), Sunday Times bestselling author and podcaster Emma Gannon (The Multi-Hyphen Method, Ctrl Alt Delete), poet, filmmaker and founder of the Caramel Film Club Be Manzini, and BBC London Arts correspondent Brenda Emmanus are among the judges who will draw up the shortlist that will then go to a public vote.

Adrian admits that it’s a big shift for people to think about impact rather than talent, “of course we want to be entertained, but it means we need to think more carefully about what we are watching. The public vote for the winners, which makes it even more special, we did it last year and Lenny Henry hosted it.  Everyone who was nominated had a message to give, hearing their stories and their journeys was very powerful, and the work they have produced has had a big impact socially.”

Reflecting on how he has reached this point, Adrian says, “I’ve done everything myself, but I was supported by The Princes Trust back at the very beginning and I think young people need financial help to get their ideas off the ground, so it’s great to give back through the bursaries and our mentoring programme.  For the awards, I want to empower people and influence the next generation of creators to make a change via their work, and if we have more content producers who are making a difference, then you end up making a positive change somewhere.”

The shortlist of nominees will be released on 13th February.  The Visionary Honours Gala Award show will be held at The Ham Yard Hotel on Sunday 18th March, hosted by Sally Phillips.

SIX Wins Musical of the Year as Visionary Honours 2020 Announced