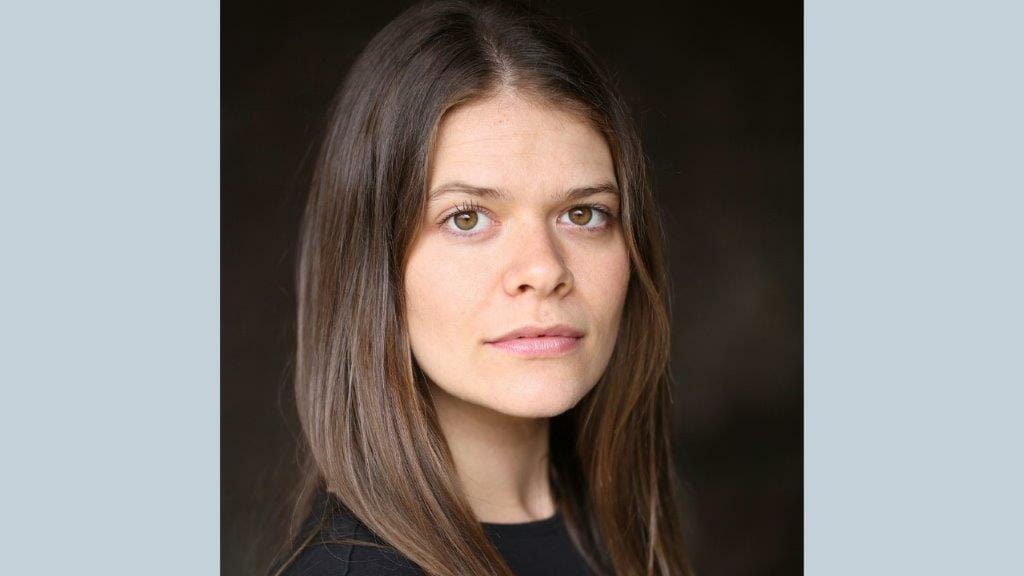 Coronation Street’s Hannah Ellis Ryan stars in the European premiere of Kill Climate Deniers alongside Home and Away’s Kelly Paterniti as Bekken and the critically acclaimed stand-up Bec Hill as Catch. Exploring in parallel a hostage situation as it teeters on the brink of calamity and what happened when writer David Finnigan first tried to stage this play, the production blends fact and fiction as Nathan Coenen stars as Finig (The Sleepover Club; Teen Wolf).

Kill Climate Deniers is at The Pleasance until 28th June 2019.

You’re appearing in Kill Climate Deniers at the Pleasance, what can you tell us about it?

Kill Climate Deniers is a roller-coaster! It’s an action film, farce, political comedy and climate change lecture all rolled into one. At its heart though, it’s a funny and sharp play with an important message that I can’t imagine anyone not loving.

The story is about Gwen Malkin, our inept but loveable Environment Minister trying to pitch her new Climate Change policy, with very little success. And, during a Fleetwood Mac concert at Parliament House, a group of eco-terrorists, led by Catch take over the concert, demanding the Australian Government start taking Climate Change seriously. (‘Now. Not fictionally in twenty years. Now’.)

What was it about this play that appealed to you the most?

I care about Climate Change and the future of this planet. A lot! As an artist, especially an actor, it can be hard to always work on projects that match our personal ethics or feel like they ‘matter’ in some way. When this opportunity came around, it felt almost too good to be true. I get to be Australian?! I get to talk about Climate Change? I get to make people laugh and have fun? Win, win, win! For both the audience, and for us.

Tell us a little about your character?

I get the fun task of multi-rolling in this project! My favourite character is Beverly Ile, who is a highly successful Television Media Personality. She is a journalist, who cares about her work, and is very passionate, but represents a lot of the problems with modern journalism, which this play tackles in a perfectly complex way.

I also play Throat, FleetWood Mac, Lucky, Ebb and some other bits and bobs. It’s a character actors’ dream!

How do you think Playwright David Finnigan manages to blend entertainment with a serious subject?

David blends these two things admirably. You can’t NOT laugh watching this play. The words on the page are hysterically funny, and the core storyline ‘what if the Environment Minister wanted to block out the sun to tackle Global Warming’ is a perfectly hilarious, but terrifying concept. Kill Climate Deniers manages to throw the real problems of Climate Change at its audience, while making them laugh, and go on a hero’s journey. That is no easy feat.

We know from our first few shows that people are leaving smiling but thinking about the issues. We are all so impressed with David and feel really lucky to speak his words.

What has surprised you most about the subject while working on Kill Climate Deniers?

Flying! I knew flying was bad. I knew it. But I had this idea in my mind that because I use reusable cups, am vegan, and avoid plastic at all costs, that I’m ‘doing my bit’. It’s been really hard learning how awful flying is. I am from Australia, so live between Oz and the UK. Doing this play has really made me think about how I’m going to tackle this moving forwards, and other ways that I can improve the pressure I put on companies and my activism.

What would you say to anyone thinking of coming to see Kill Climate Deniers?

I would say – be in a good mood, come with a few friends, and do not sit in the front row if you don’t like a wee bit of audience interaction. You come and see this to be a part of it. Because we are all part of this problem and solution. You’ll laugh, you’ll have a great time and hopefully, you’ll learn something you didn’t already know. And – most importantly – DO COME.

Kill Climate Deniers with Hannah Ellis Ryan is at The Pleasance until 28th June 2019.

Star Casting Announced for Kill Climate Deniers at The Pleasance